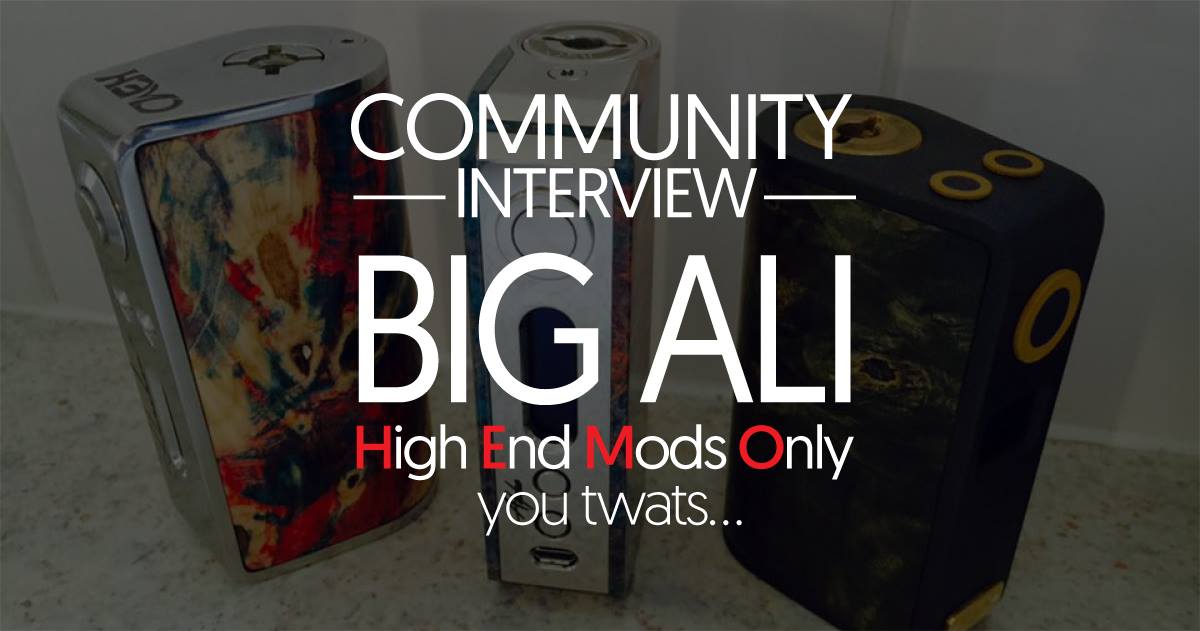 Today, we’re here to speak with one of the most infamous vape collectors around…Big Ali Vapor…Aka Hellfire Hunter. Most people in other vaping community think Big Ali is a polarizing figure in the vaping community, because of his strong point of views of vaping. Many dont realized how hardcore the man Big Ali Vapor is. As a vaping connoisseur, the man is one of the driving forces of the best high end communities. Hate him or love him, you got to respect what he does for his own community.

Thank you for joining us, can you introduce yourself to our community and tell us about yourself and the group called “HEMO” (High End Mods Only).

Hi, I’m Ali Saeed, I’m 42 years old and I’ve been vaping since 2009. I go by the alias’ “Big Ali Vapor” and used to be known as the “Hellfire Hunter”. HEMO is an community for hardcore vaping enthusiast. “High End Mods Only” 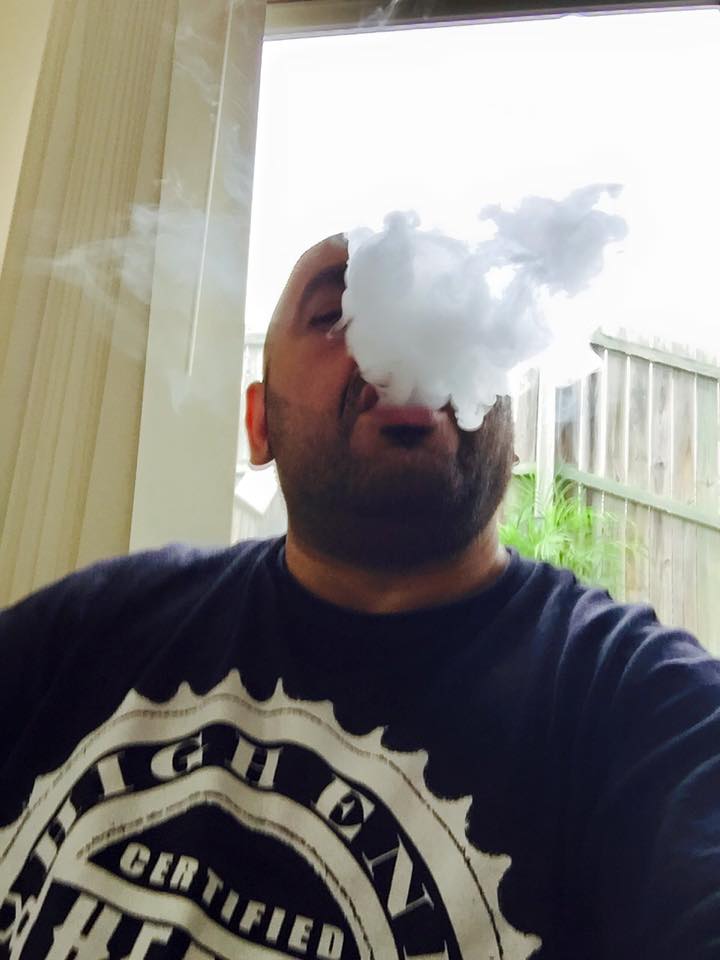 HEMO has always been around controversy. There has even been blog articles that bash the group and you specifically, do you have any words for those people?

For the blog writer that bashed on me or HEMO, I will say man up and put a name under that article.

Some would say that the HEMO community has become the largest hardcore elitist vaping community and with its success it has also attracted a lot of heat from other vaping communities. What is your take on this?

My take is that many groups are trying to be like HEMO which is fine and good to this industry but they need to create their own vision and leave jealousy aside. 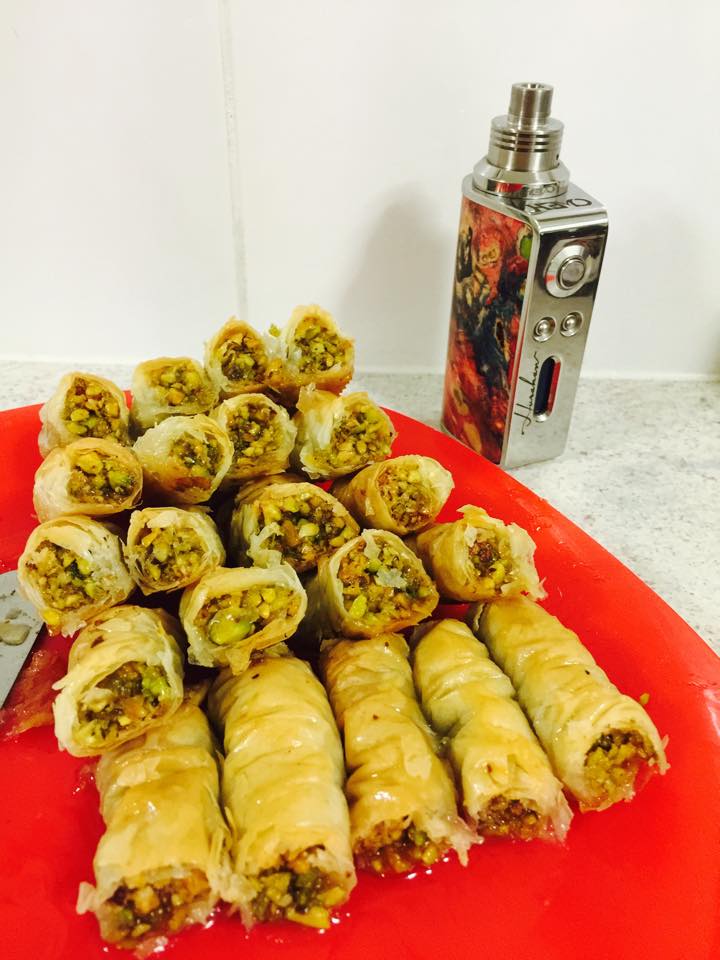 I know Chinese-made mods and tanks as well as ALL COUNTERFEITS are BANNED from HEMO…and now…mech mods…is that true? As vaping evolves do you think that over time, the products you are vaping now will be obsolete also?

Yes, we have banned China made mods and yes we did ban a few mods and modders and each ban was for a specific reason. But lately, we have lifted the ban on these mods and kept on China mods only. As for the life of products…yes I think the industry is leveling up and that will leave some products outdated for sure. 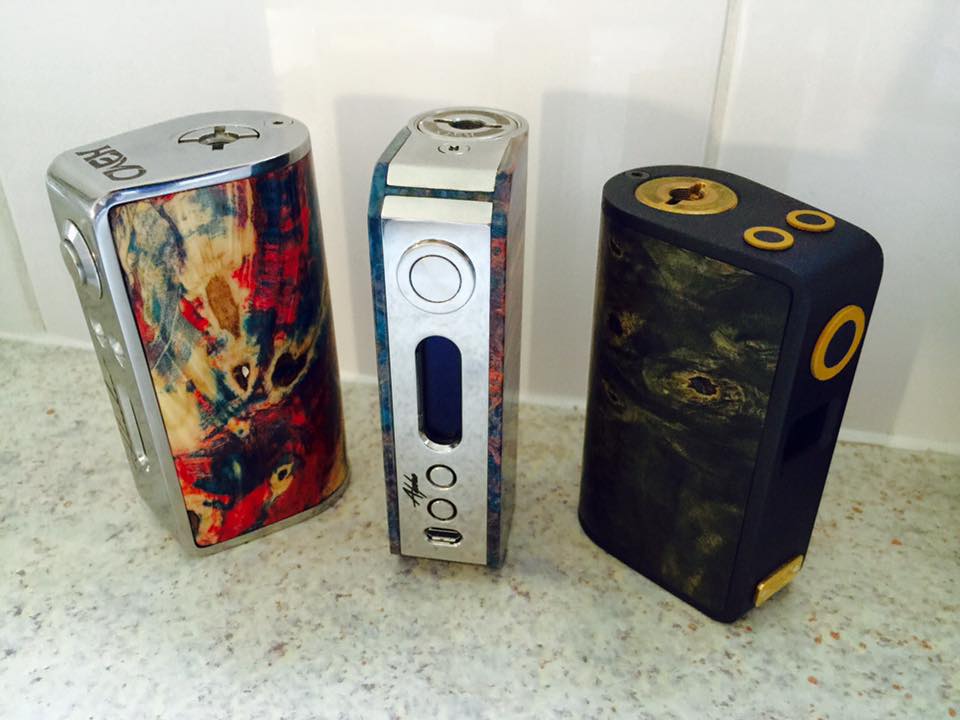 What was your first high end mod?

One of the first mods I can think of that I’ve owned, that was considered “high end”, I would have to say it was the Golden Greek mod. 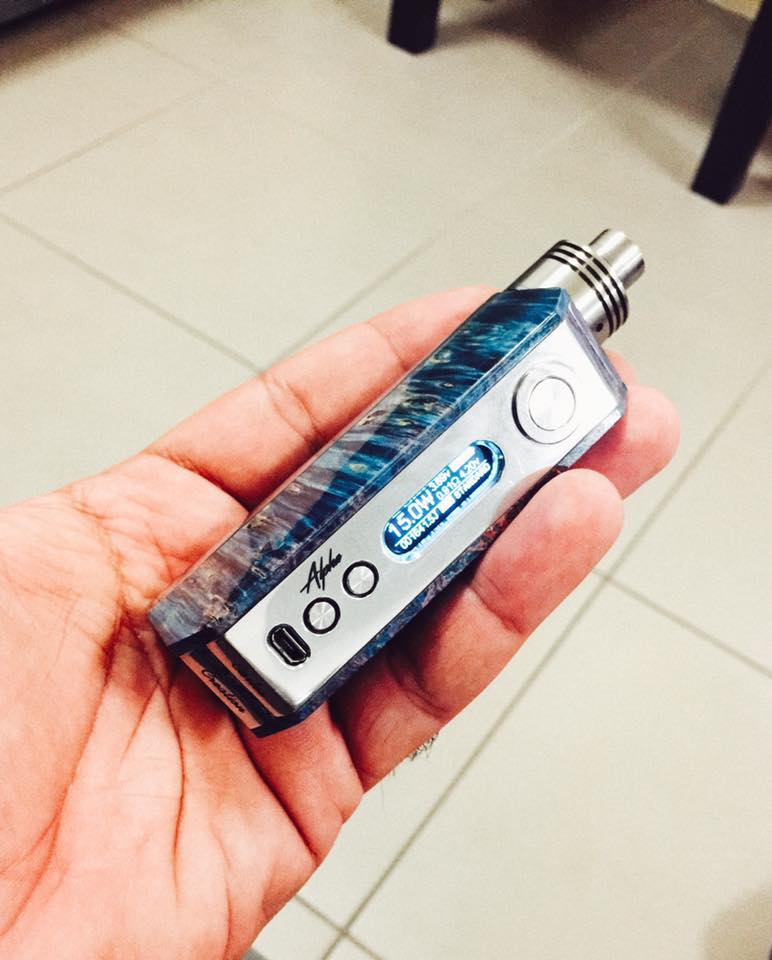 What are your favorite Atomizers?

Some of my favorite Atomizers thus far would be The Revolution, In’ax, and The Nextgen.

What is the setup you vaping right now?

I prefer mesh, I don’t really vape cotton much.

Not limited to any brand to be honest, but I like RY4 flavors.

Can you clear the rumor you are not Oz Mods By Nuccio?

I’m not a modder. I do help other modders, yes. And I did that even before Nuccio was a modder, but because he is local to me I get to see what he does first hand. So to answer your question, no I’m not Oz mods modder. 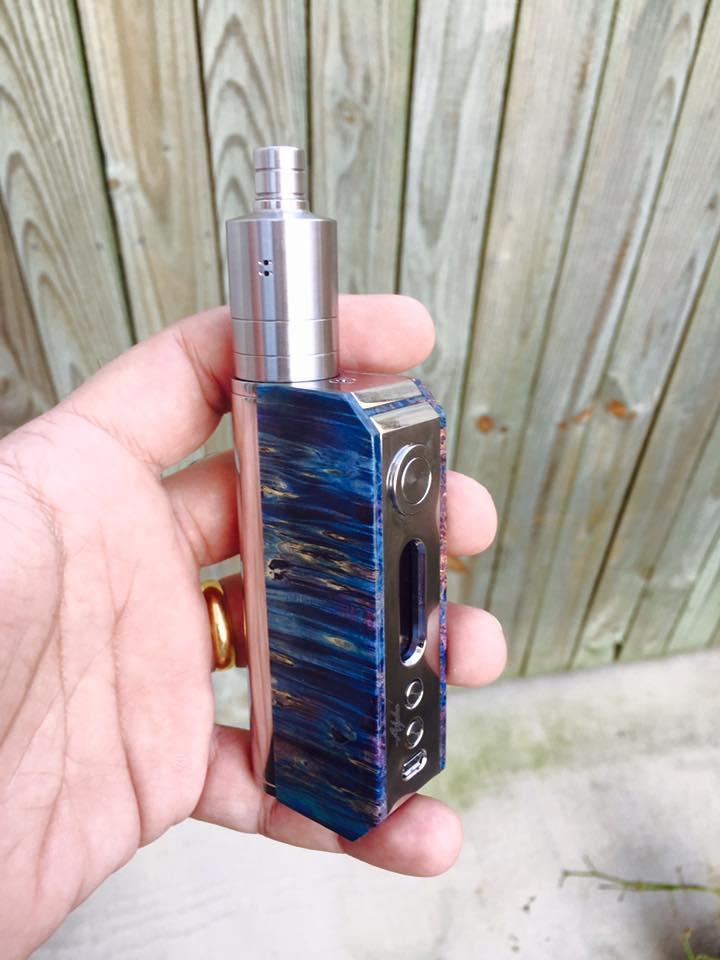 You used to be known as the hellfire hunter, the name has changed since…are you still a big Attysmith hellfire collector? What’s your take on Attysmith’s new Hellfire Venom Mech Box Mod?

No, I’ve stopped collecting Hellfire Atomizers currently. As the new atomizers in the market evolved, a lot of them vape the same as hellfire but address the issues I had with the past Hellfire atomizers. They were great for their time. As far as mechanical mods go, I can’t see myself using them currently for many reason. One of the big reasons being safety. 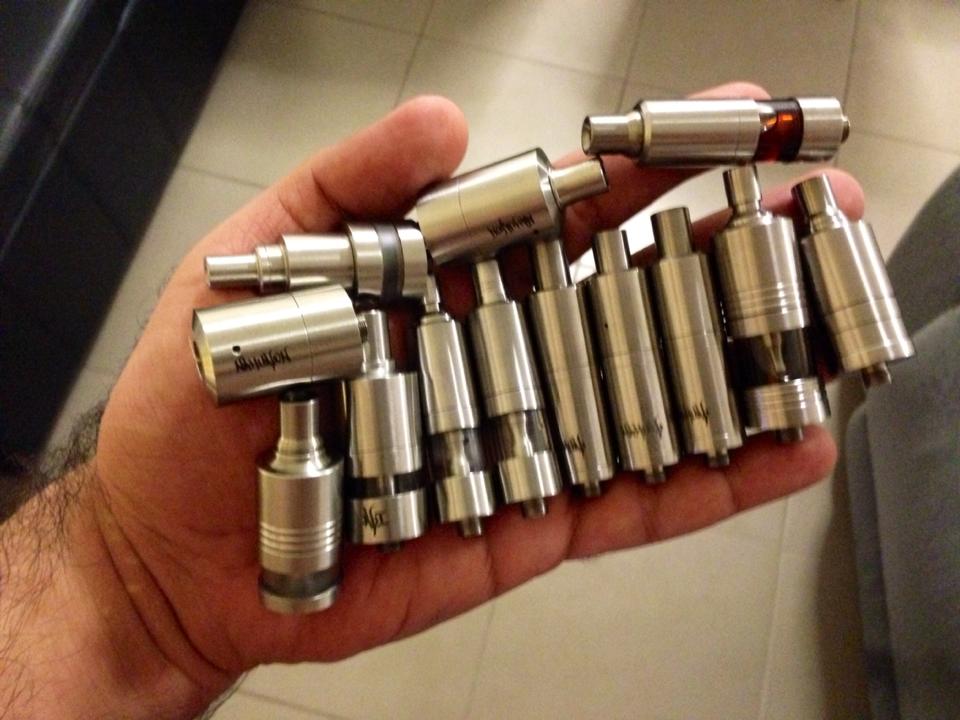 What was the goal when you started the group HEMO?

The goal was to give people a chance to get the best vape gear for RRP from modders, few years ago, modders were only on forums not Facebook and many had no access to these forums and it was limited to a few selected in these forums, so HEMO was made to help the people that couldn’t get on these forums as Facebook is open to anyone. 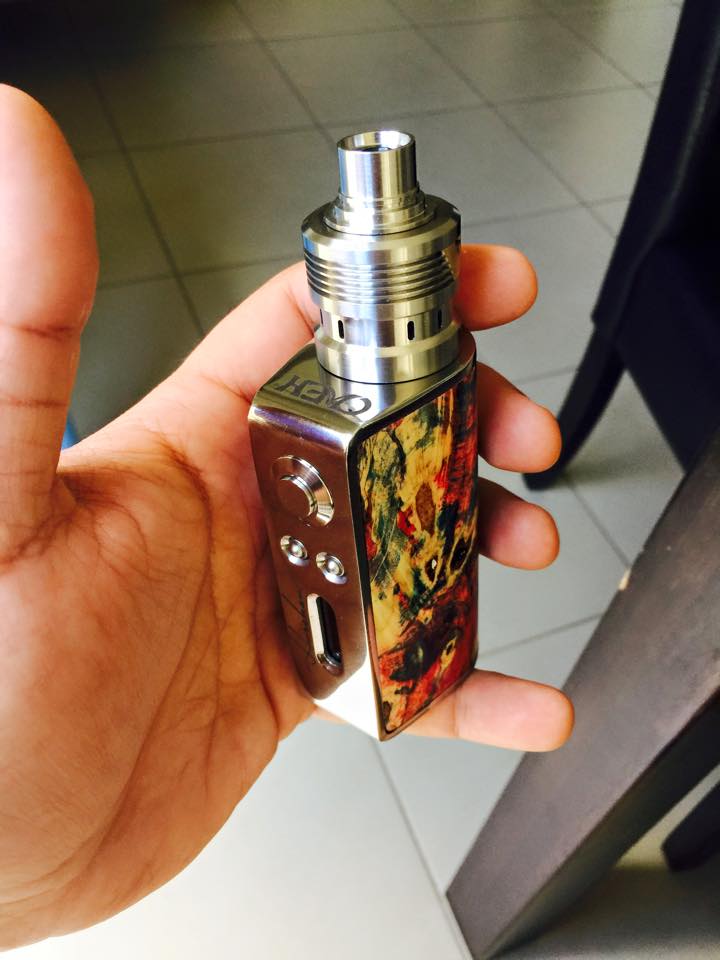 With modders primarily selling through their own groups, what’s the role of high end communities such as HEMO in today’s vaping world?

HEMO is open to all modders and HEMO has the best people in this industry so it’s not just about sales, but the support that shaped what is the best for this industry.

HEMO is the home of a lot of well known modders, Which modders has been your biggest supporters?

All of the H.E.M.O modders and members have supported me and my group, but one of my biggest supporters has been Carlos Pang. He’s always been on top of that list.

I would like to say HEMO was one of the groups that has inspired The Vape Snob to be what it is as far as looking for the best vape but to be in HEMO you must be “hardcore”…most don’t understand that. What’s your take on people taking it too seriously… it’s just vaping right?

To be in HEMO is a privilege and we’re providing free services that requires hard work and dedication, so we insist on having proper respect for the group. We also like to have a good time so if you don’t have thick skin, HEMO may not be for you. 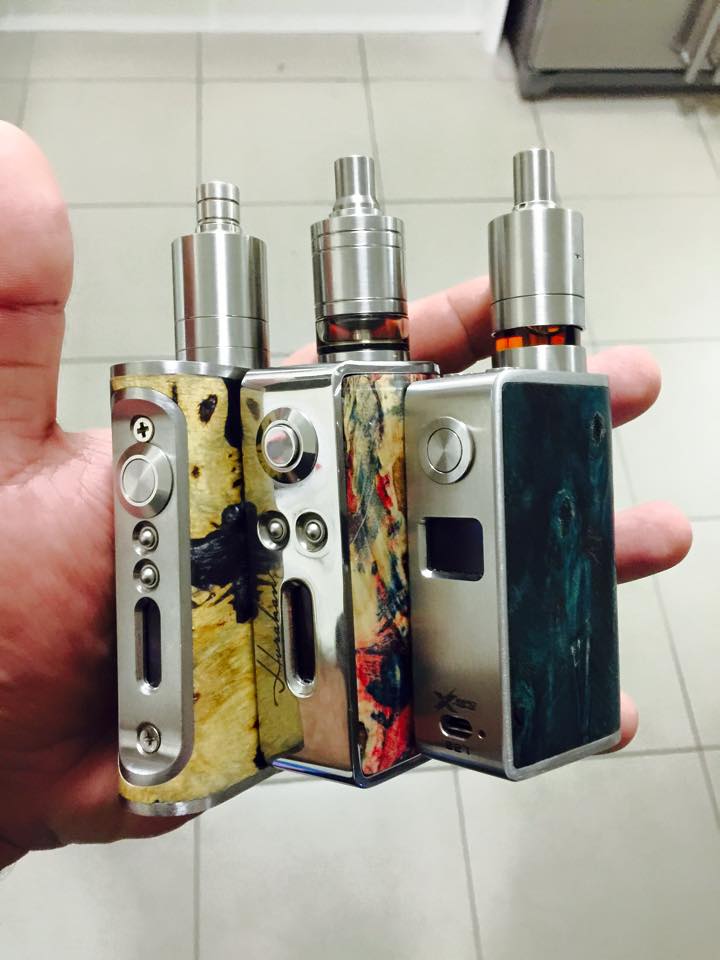 Thank you for speaking with us, any last words to all the HEMO naysayers out there? Any shout outs?

I would like to thank you for giving me the chance to explain what we are and what we do, our main goal is to help vapers get nice gear and to help other modders find a safe place to operate. I would like to send out a special thanks to HEMO Admin team: Ken, Anton, Victor, Ghassan, Brandon, For their time and support, I couldn’t do it without them. 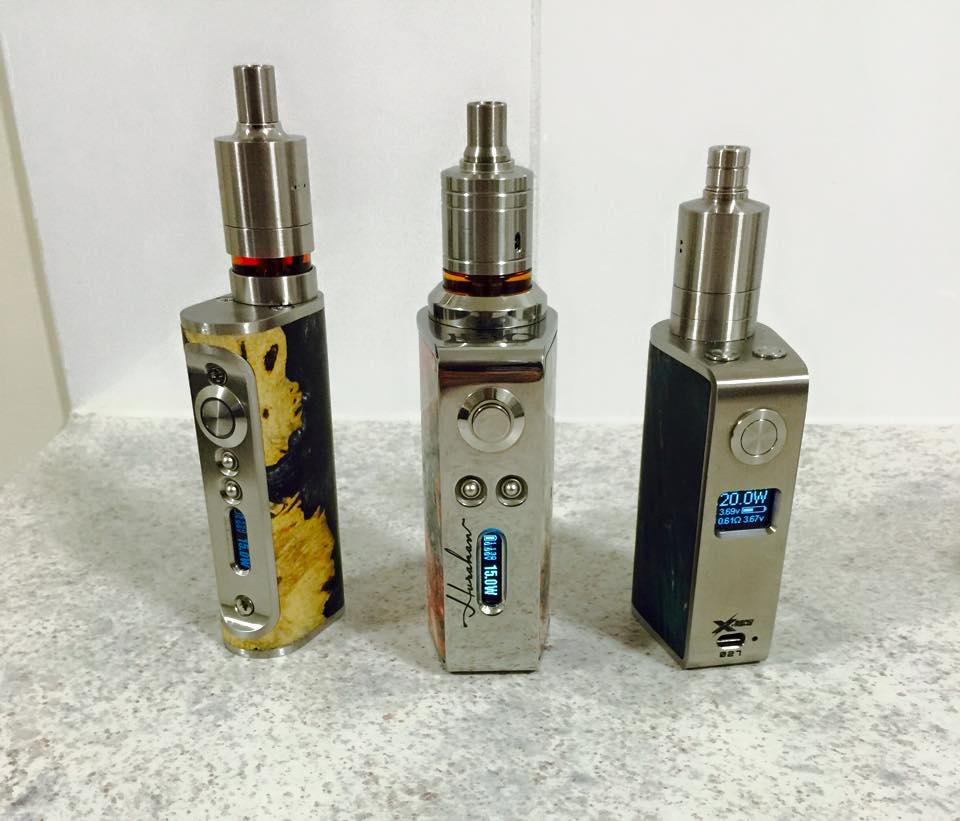