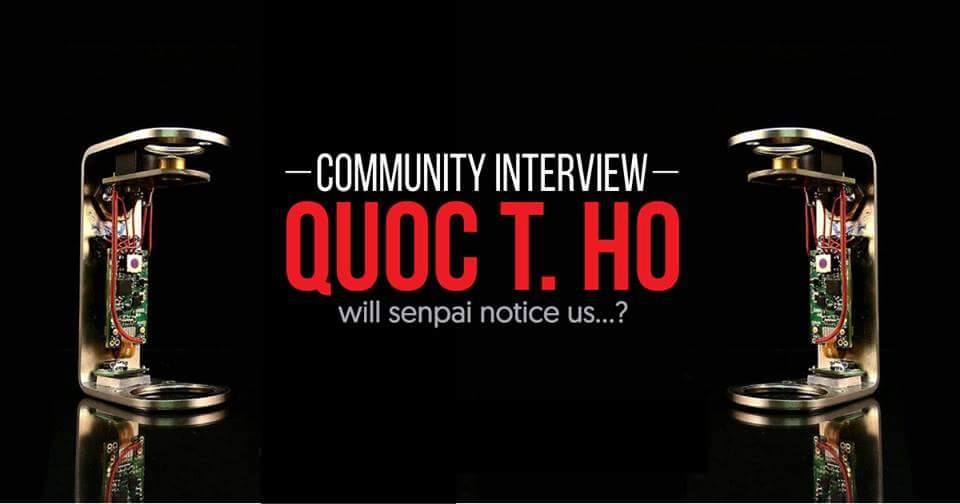 Today we would like to introduce the community to one of the biggest vape collectors in the vaping scene, the senpai…Quoc T. Ho!

I’ve heard you used to be a car mechanic, how did you convert over to becoming the vape god Q? Are you still fixing up cars? What’s your dream car? Do you like to V-Tec?

Yes I am [a car mechanic], I don’t think that is something you ever leave…or more like a skill set vs a job. LoL

Well as the title is portrayed [in the news and pop culture], all mechanics smoke, drink and are divorced…so naturally vaping was easy to fit in. Started with just trying to quit smoking since I was a diagnostic tech (meaning I sat at a computer either at the desk or besides a car). I would easily go through multiple packs of cigarettes, which meant 3-5 packs a day.

Always messing with something or getting into something is the habit of a mechanic so with vaping it was a new outlet.

I still work on cars, you will always have your life long customers when you do right by them, so yes I am still fixing cars. As for fixing up, well I’m Asian so we always trying to rice something out.

Dream car, believe it or not, I’m a muscle car fan…grew up around American muscle so it’s embedded. My dream car would be the Mustang Super Snake.

V-tec? Bruhhh…. who the fuck don’t like V-tec? ONLY those that can’t handle V-tec. 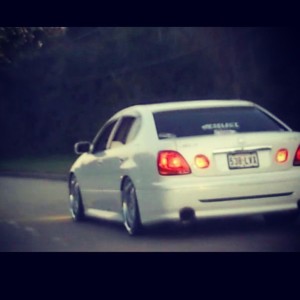 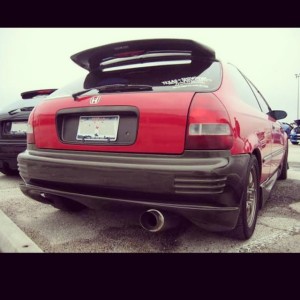 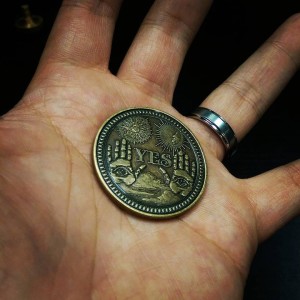 Yes, every single day of the year. I passed on most of them now since I couldn’t use them more than once a year or if I had favorites (how does one favor one over the other!?! Blasphemy) then many would not see much use, so most were dumped dirt cheap to others that would use them.

Peak? Probably during Vape Summit Houston, which at the time I did not know, but I had every mod that I could possibly want.

I never counted them all since every day was something new but at one point it was right at 400-ish mods, atties I didn’t collect much since most were hyped up garbage. 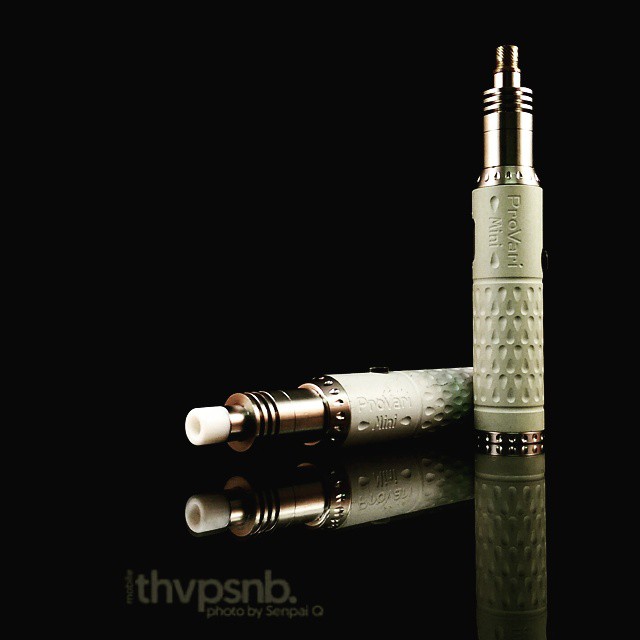 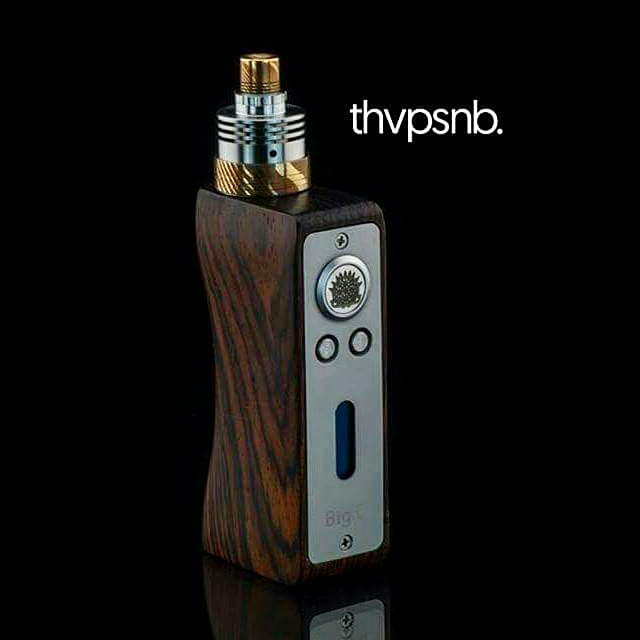 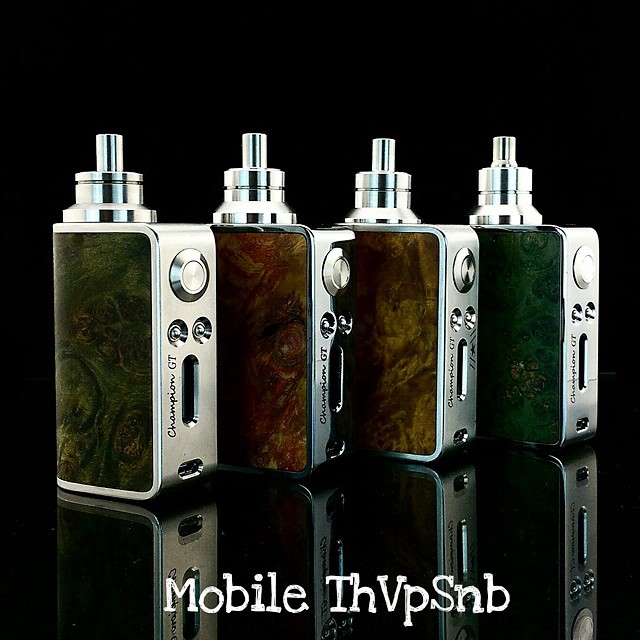 What drove you to this madness?

When I first started vaping there was a single mod that caught my eye like no other, after doing some research I found that it was indeed just that, something that I would possible never own seeing as though only the Modder’s wife owned one. From that day on I went hunting and picking up peasants along the way to work up to the highlife. 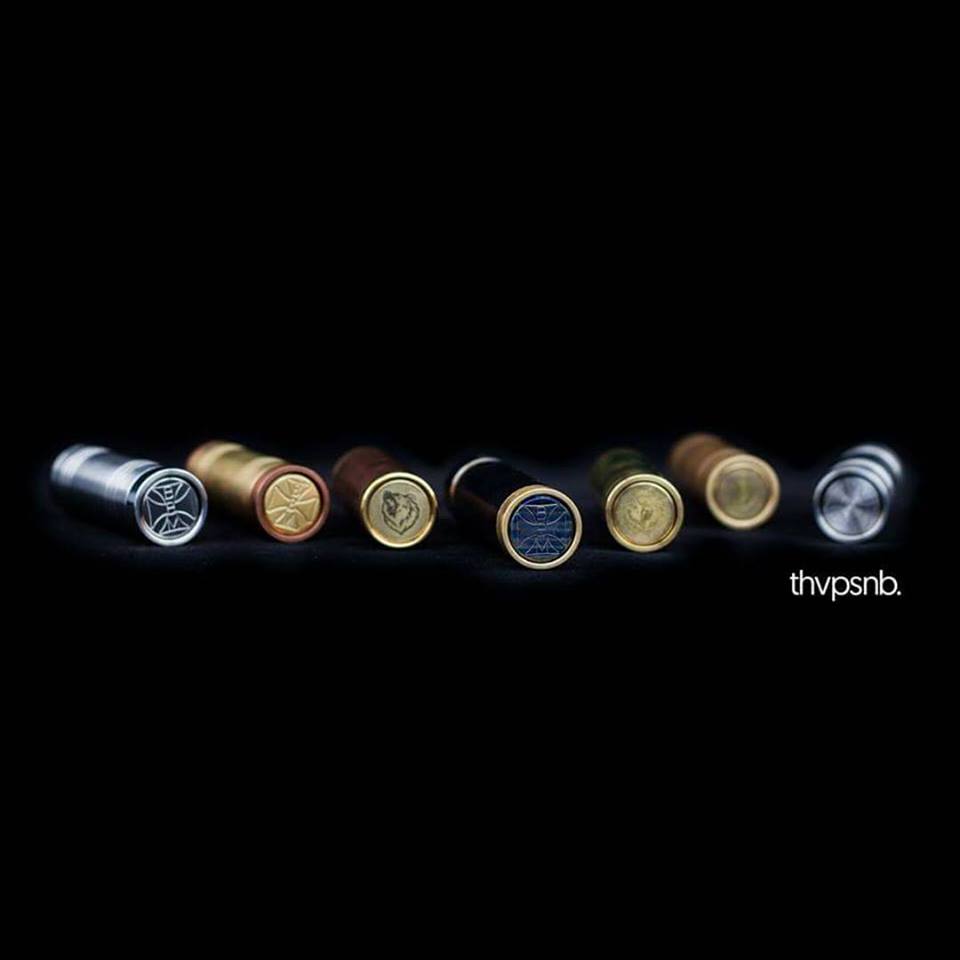 Many people know you for being very technical and snobby when it comes to wiring internals. Why do you favor evolve chips rather then Yihi? Also there was a new chip release at Vape Summit called the “mosaic”. What do you think of it?

Technical isn’t a term I would use to describe it since what I do is to specification. Doing what NEEDS to be done according to the manufacturer. I guess this part of it stems from my mechanic days. You are expected to do things right or better because of the safety and well-being of not only the driver, but possibly his/her family is at stake. So now it has funneled into the work I do on mods also. It’s so basic and simple, why not do it well?

Ahhh Evolv, well for starters it’s a very well functioning chip so it’s easy to “favor” it. I prefer not to use YiHi cause I do not like the lack of precision their products produce. Also when tested on levels greater than “it chucks vapor”, it’s inconsistent to what I am accustomed to.

Mosaic, well, the engineer behind it is a very nice guy, pleasant to talk to and seemed not only passionate but excited for what is in store. Not much I can say about it otherwise since the board has not been released to the public. It looks to be well thought out and hopefully a great option. 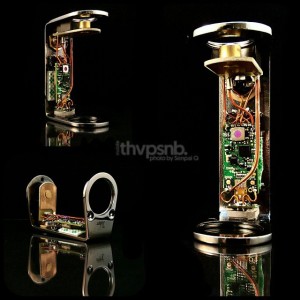 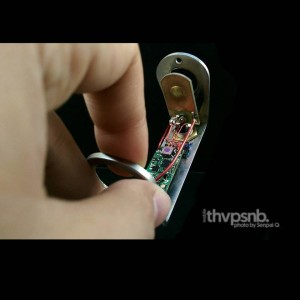 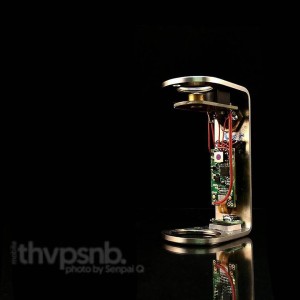 How the hell do you get all that nice vape gear you hand check on the regular? Are you a wizard?

LoL…hard work, and for the most part treating people right. This has gone a long way for me, through it all, I’ve made very good friends in the industry and turns out a lot of those friends were modders or are now modders. Outside of that…no sleeping…reducing or removing sleep has allowed me to be at the right place at the right time to either make a list or catch a good sale.

Knowing what I want and then working for it.

I wish I was a wizard! but then it would abused for many reasons not entirely vape related.

What are some of your favorite personal “High end” vaping setups? What about non high end stuff?

Hmmm…. high end…well, I don’t really consider a lot of the stuff high end since one, I was able to afford it and two I was able to afford it haahaha.  It’s hard to pick a favorite, hence the unexplainable amount of mods I own. I have a lot of items that are sentimental, whether a personable gift from a friend or something that was awarded to me. The main ones would be the one’s my wife gifted me, Champion GT by Stickman which I was also voted to receive it by my fellow vaping friends…on top of that, normally it’s my Origin v3 dripper cause it chucks the plumage.

Not so high end but very high end, #TEAMiSTICK fo LYFE!!!!!!!!! of course DNA40 powered, but these little things are powerhouses! Takes a beating, works damn good and affordable! 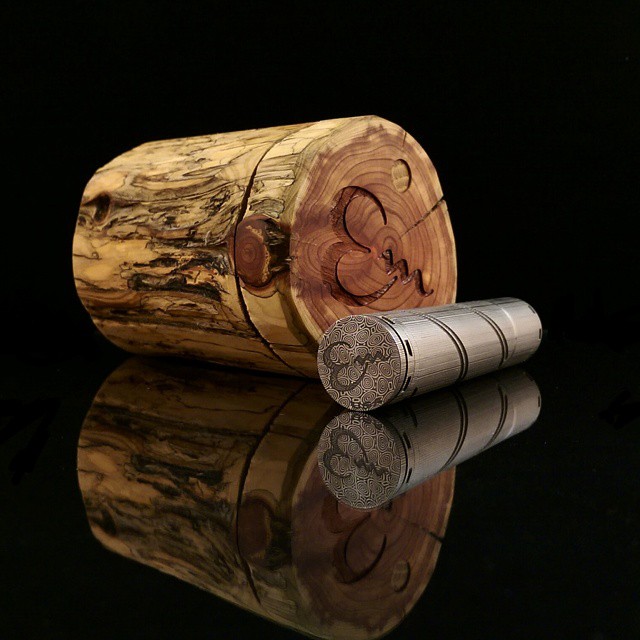 What are some of your favorite E-Liquids brands?

This is a shameless plug cause I really don’t vape. 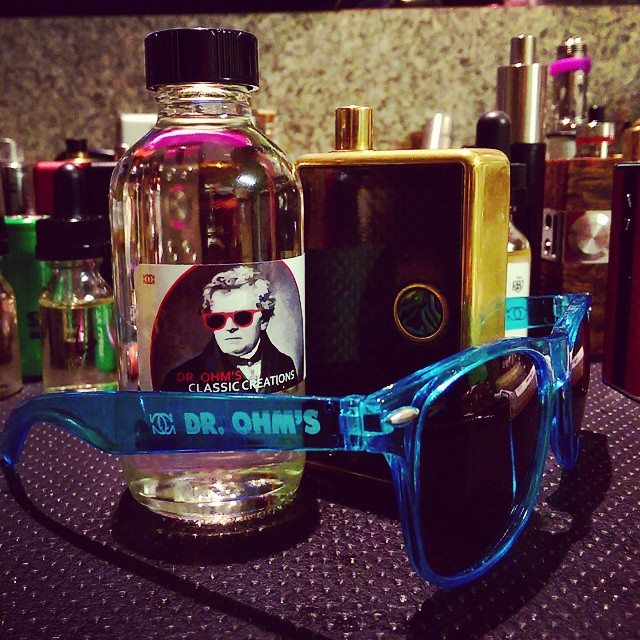 Rumors saying you will be working with Stickman and Anatolian? How did you get plugged?

No rumors, it’s been publicly announced for both.

Anatolian, well I’ve been with the group and supported the modder since day one, not many modders are like Barbaros. Love the mods and I guess after you buy so many you become vested? Just kidding, but yes I did buy a lot of his mods and eventually my work began to get noticed by senpai and one day after chatting back and forth about his new mod I was asked if I wanted to be a part of it. Truly an honor so I did not deny it.

Stickman, one of the few “High End” DNA mods that I felt offered something in return for its price tag. Again having my work noticed and having some good friends in the industry that was close to the Stickman team notice me was a lot of what brought this new partnership together. 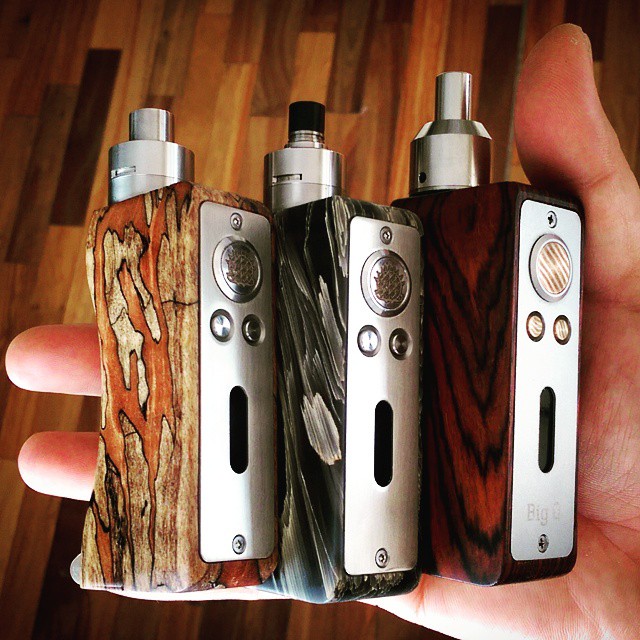 Where would one look for you if work is needed on their junk mods?

Most of the time you can find me on FaceBook, home of the free network and advertisement. Quoc T Ho is the name…fixing your busted-ass mods is the game. But for reals though, hit me up.

Thanks for taking the time to speak with us Based God Q. Do you have any last words or shout-outs to these peasants?

Thank you guys for wanting to ask me so many questions that took up a lot of my night trying to put my thoughts into incomplete sentences.

Just want to thank my family first, always stood by me regardless of how ignorant or stupid my ideas and thoughts were. My wife…cause holy hell…she puts up with all this nonsense and all the fucking amazing people in the vape industry/community.

To the haters and drama llamas, you guys know who you are and most the world knows too, thank you!

I’ll come by and pick up my base god award. 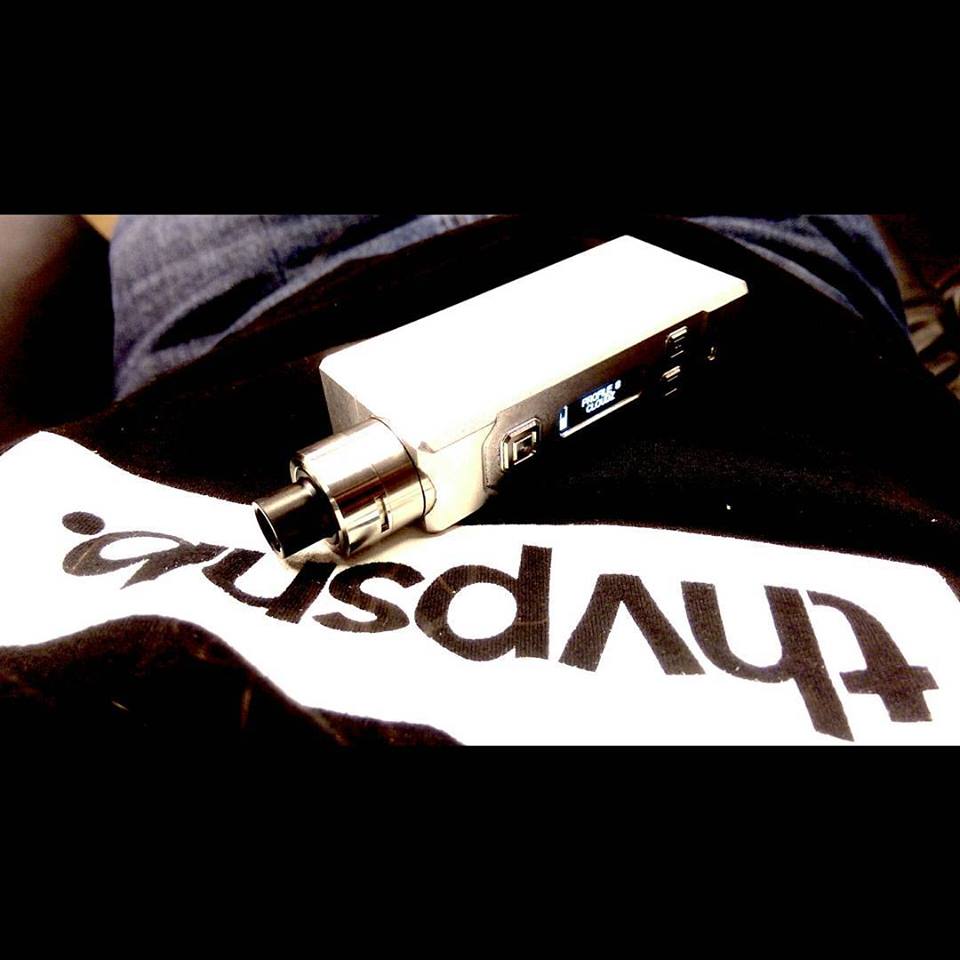 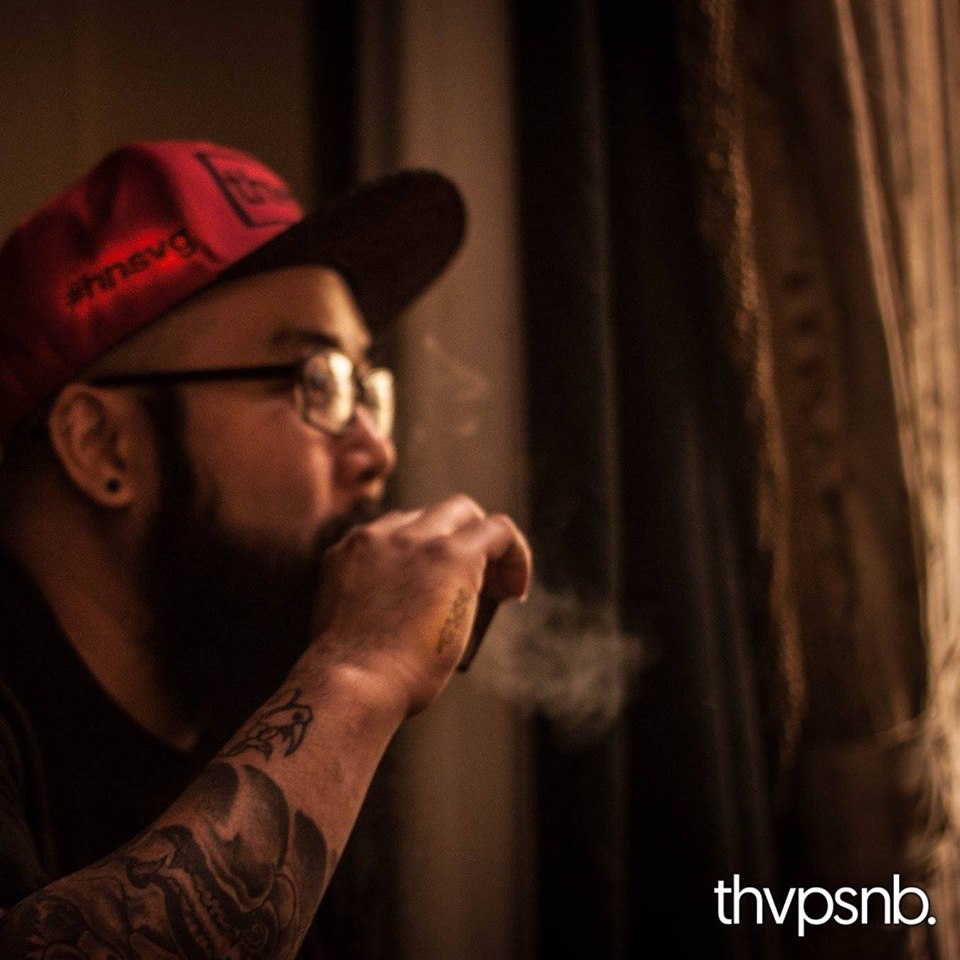