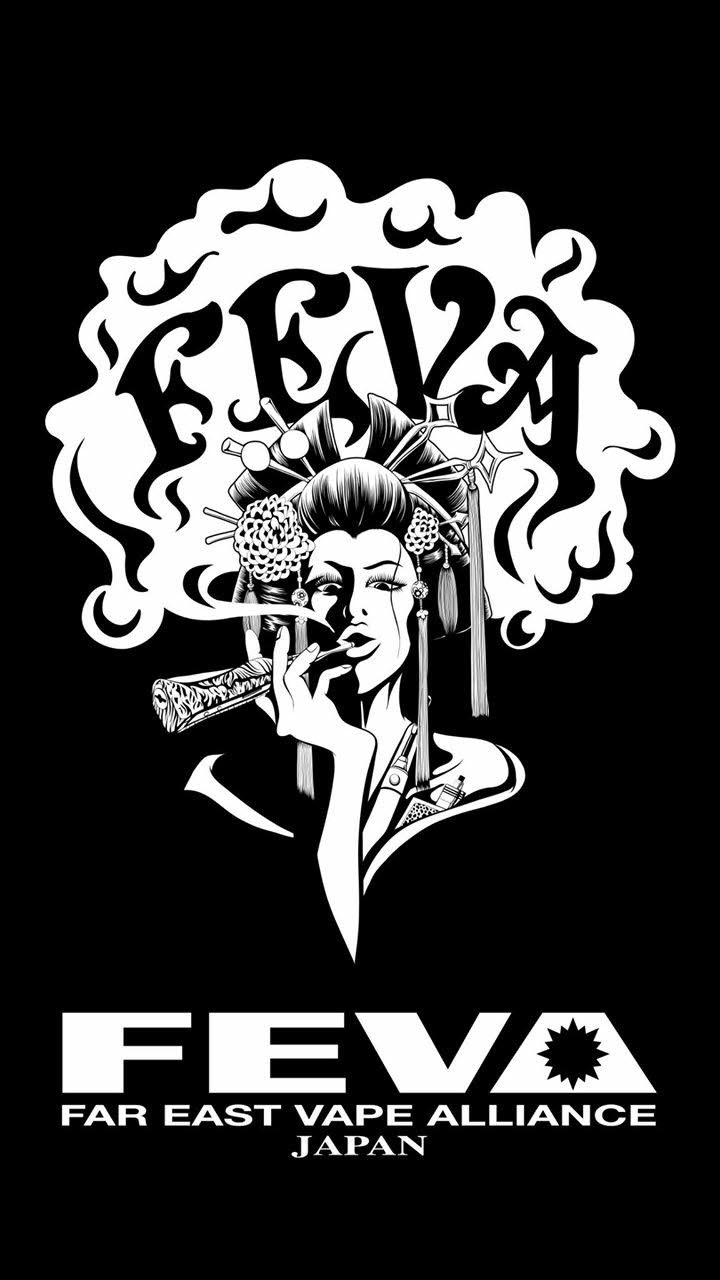 Hey how it going Kats? Can you please introduce yourself?

My name is Kats Ikeda. I’m the organizer/admin of the Far East Vape Alliances (FEVA) and an admin of a few other vaping group. I try to introduce high end vaping culture/products from overseas to the Japanese vapers/market. I came across vaping a few years ago when cig-type vaporizers came out. At that time I didn’t actually have any interest in vaping because it tasted really bad…but now my lifestyle changed because of vaping.
I used to be a heavy chain smoker, loving Cuban cigars with Rum…but now I can’t remember the last time when I lit up a cigarette. 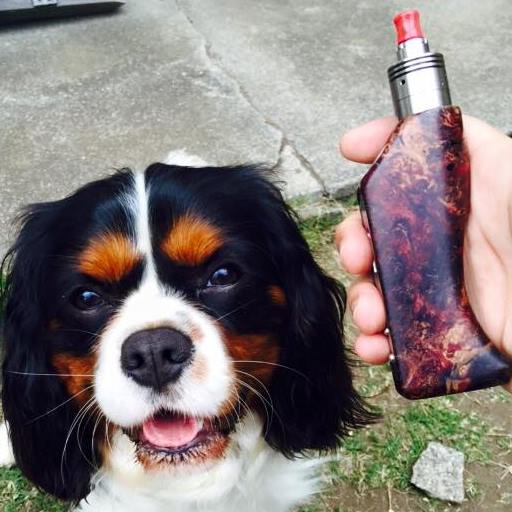 You’ve been great ambassador for the Japanese vaping community, what made you start the group FEVA?

Early in 2014, I couldn’t find any place to talk about high end mods/atties in the Japanese vaping community. I was chatting with my buddy Yuki Kurotaki every night on why we don’t have a community for high end mods like overseas… not many Japanese vapers were active in VP, VW, etc… because of the language barrier, and I thought to myself “The lack of information about high end products because of language??”…So I started to translate the product info and helped organize a purchasing route for the products. I also purchase most of atties in the market myself and made some reviews for friends. Why? Because there were no authentic retail vape shops in Japan at the time…

After a while I visited San Jose for a business trip (maybe March 2014? forgot) and I met a person who changed my vaping life. I found nice vape shops to hangout at while I was visiting San Jose (The Vape Bar and It Is Vapor). He had lots of nice looking mod and atties that I’ve only seen in pics. He introduced me to a few high end vaping groups, modders, lots of his friends and that helped me to learn a lot about high end products…

FEVA’s concept is very simple. “Whatever you learn from FEVA, you will share to others that are interested.” This is the place to share information, discuss things and have fun. I wanted to keep FEVA a very small group. I don’t want to organize like 300+ members…. so I picked some Japanese Vapers that were interested in a few keywords I posted in the Japanese vaping forums and FB groups.

“Who wants Sat22 and Nahualon?”

I knew there were few Japanese vapers who were already into high end mod/atties market. My idea was to organize Japanese high end mod/atties lovers. If those people start sharing whatever knowledge they learned from FEVA and other sources, it would greatly influence other vapers that I didn’t know this side of the vaping scene. 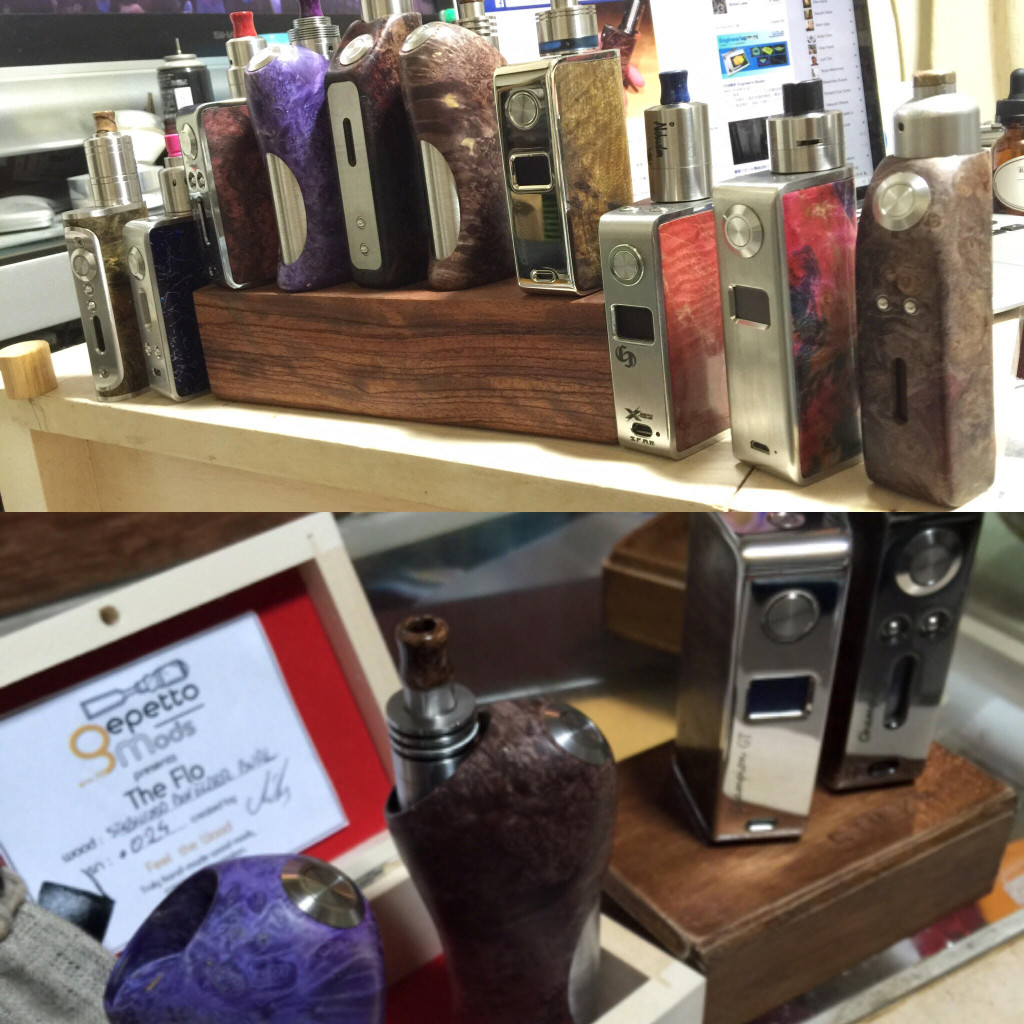 What is popular with Japanese vaping? It’s a very broad question, but what immediately pops up in your head?

Like any other vaping community, it’s all user dependent on what grabs their interest. For people who like to blow clouds, mech mod/mech box with some atomizers from the Philippines. For people who love cheap things and willing to gamble and take the risk use fast tech. Since the Japanese vaping market is growing at a rapid pace, it’s difficult to give out an exact answer. 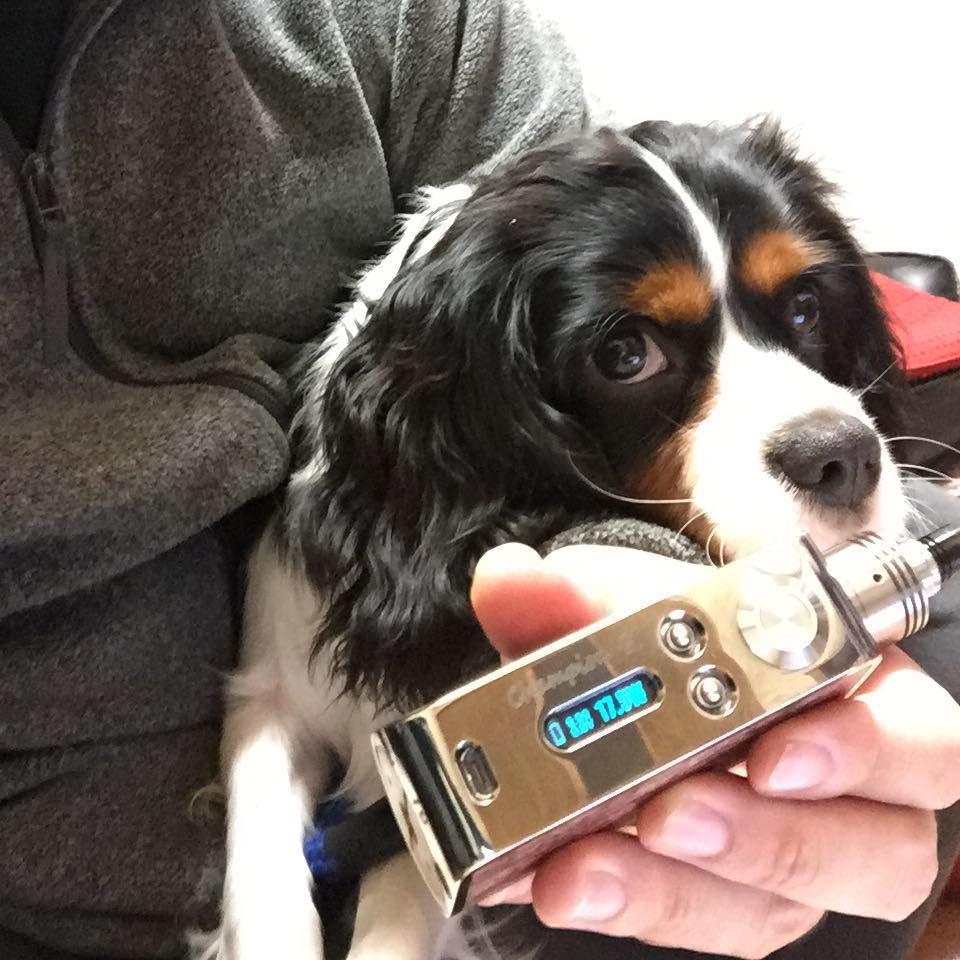 What can we look forward to from Japan in the future for vaping?

Market. Japanese vaping market is still small but growing at a rapid pace and I have no doubt it will get bigger. New vape shops are coming out almost every month, which means more products are imported from overseas and introduced to the Japanese market.

From a product point of view…. few inspired box mods, e-juices, accessories (like leather case) will be coming out. Original designed high end box mods?…probably not for now… =(

Which US companies and e-liquid companies do you feel will do well in japan that isn’t currently in Japan?

Any Japanese E-Liquid that you feel we haven’t heard about?

I know we got more but it’s enough for now… ah but those juices are 0mg nicotine so…I don’t vape them much.
I’ve heard some of them are planning to release their juice in California.

How are vaping laws in japan?

Due to Japanese laws and regulations, nicotine contained juices are not allowed for sell in Japan. There are no vape shops that sell nicotine juice. Consumers are able to import nicotine juice for self use. 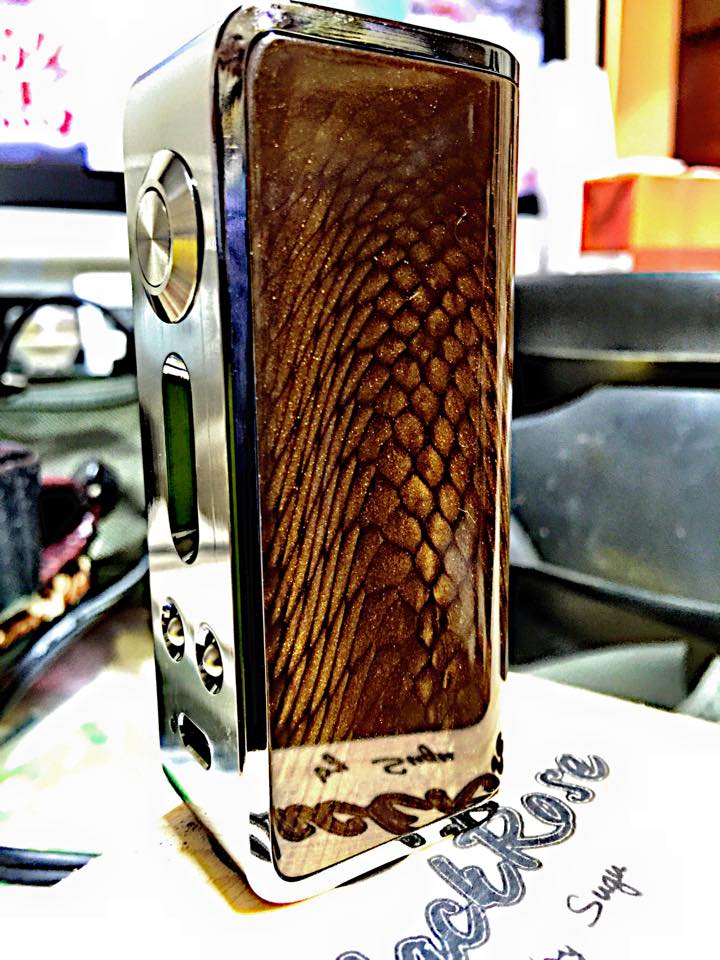 Who are some of your biggest influences in vaping? Also, in the Japanese vape collecting scene, who is the biggest collector you know of?

So for the first question…a guy that calls himself “Chill” (aka Chris Hill) and Cyril Tan. If I didn’t meet these guys …FEVA wouldn’t exist.

Who is the biggest collector in Japan?? hmmm I’m sure its not me…. I’d say Kenjiro Tabata.

I heard you’re also a guitar collector, what’s your favorite piece and what kind of music are you into?

ahhh nice question =) I’m a big fan of Dimebag Darrel from Pantera/Damageplan. I collect his guitar model from the Washburn era mainly. Also, I collect same guitar rigs that he used in recording/live performances.
So…yeah I basically love heavy metal music…but I love the music when any string instruments are played. 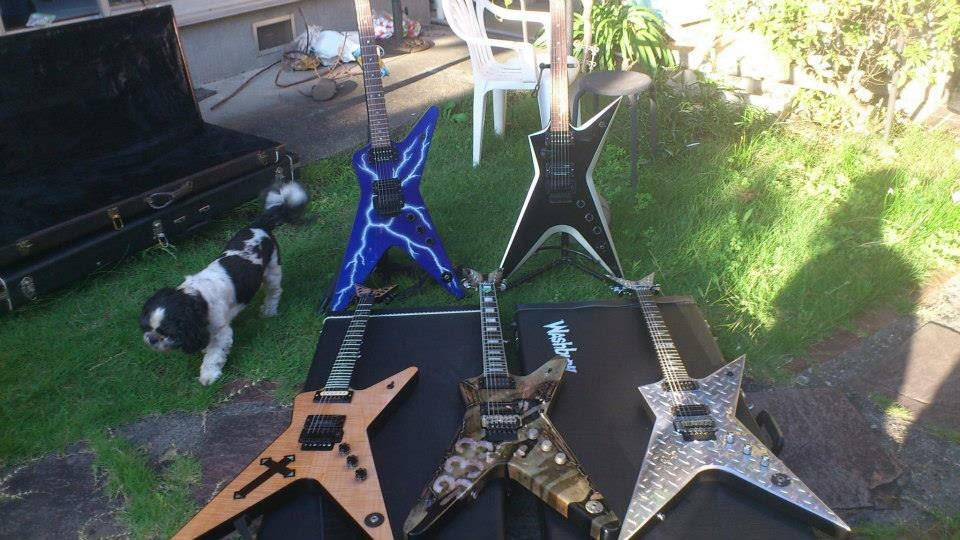 What Groups and forums in vaping are you a part of? 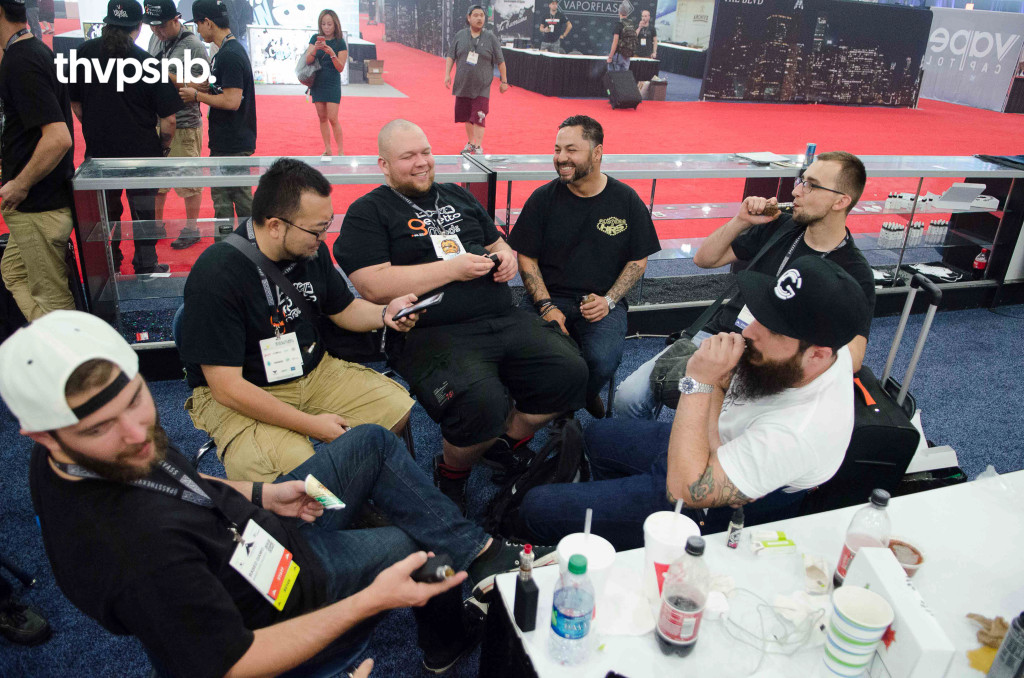 What are you looking forward to as a collector and connoisseur? (Mods, Atomizers, and e-liquid)

For mods… style/wiring quality is important…also the grains of wood, for mech tubes… I love Eric’s Nemmy so much.
For atomizers… I use genesis and dripper mainly, so I look for them. I haven’t tried out toot and hurricane so I might try them if I have a chance.
For e-liquid… tobacco/pipe and tobacco/cigar flavors, fruit flavors…like peach, grape, anise…

What is your favorite setup at the moment with your vape collection?

My current setups are the following…

What is your definition of a vape snob?

Thanks for taking the time to speak with us Kats. Do you have any last words or shout-outs?

It was pleasure to have an interview with you bro =)
I want to give shout out for everyone I’ve met or talked on Facebook and off site. 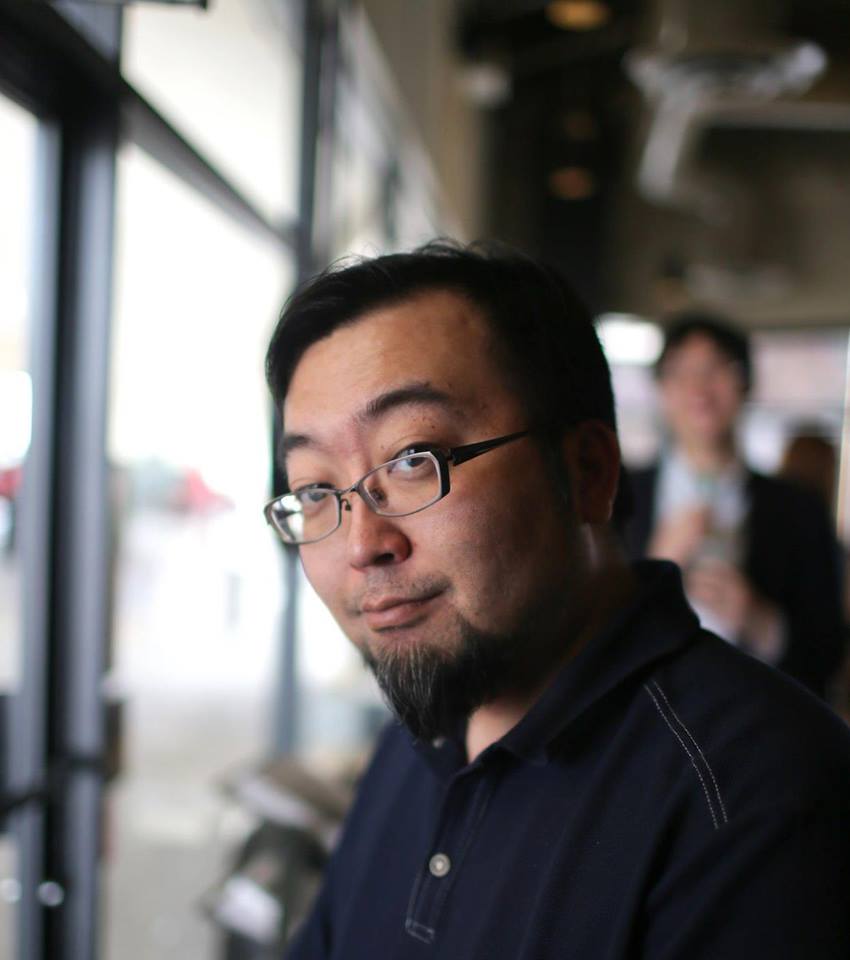