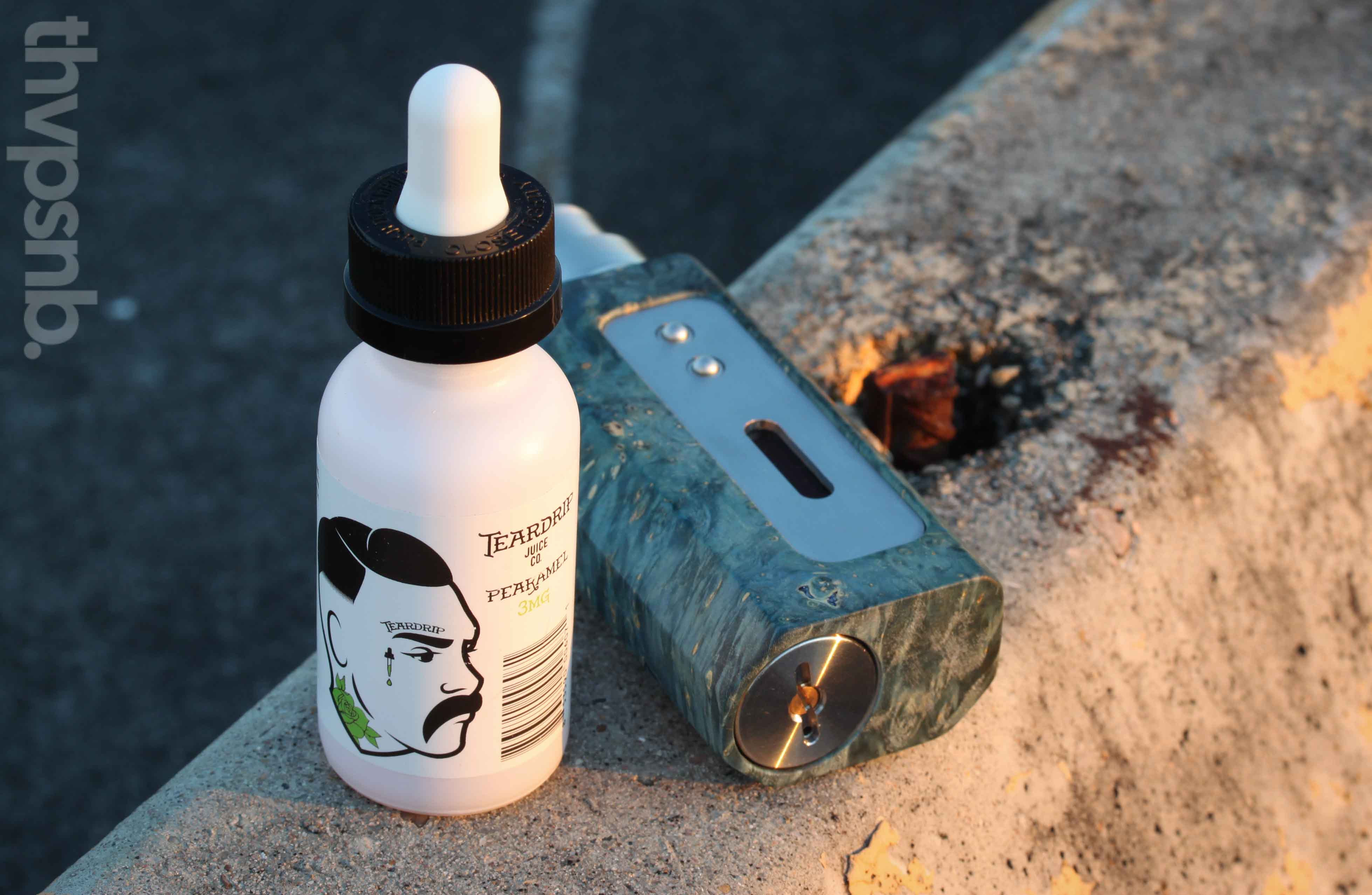 Hey guys, thanks for joining us tody, for those who don’t know the team behind Teardrip, can you introduce yourselves and your team to the community?

Hello Vape Snob, thank you for having us. Teardrip consists of a Trifecta: Tony Riva, Danny Redburn, and the latest addition to the team Rob Fiesler.  Danny and I have been making juice for a number of years and brought Rob onto the Teardrip team to bring a “bigger business” insight to our company.

Rob: I bring a business mind to these two creative geniuses, and I couldn’t be happier to work with them. Tony got me vaping about four years ago, and I knew then I had to get into this business. I have owned a vape shop in Fresno, CA for two years now, but when Tony and Danny asked me to partner with them on this project I jumped at the chance. I have owned investment companies, financial companies, professional sports teams along the way, but I have to say this is the most fun and interesting project I have been involved in. I can’t wait to see what the future brings. 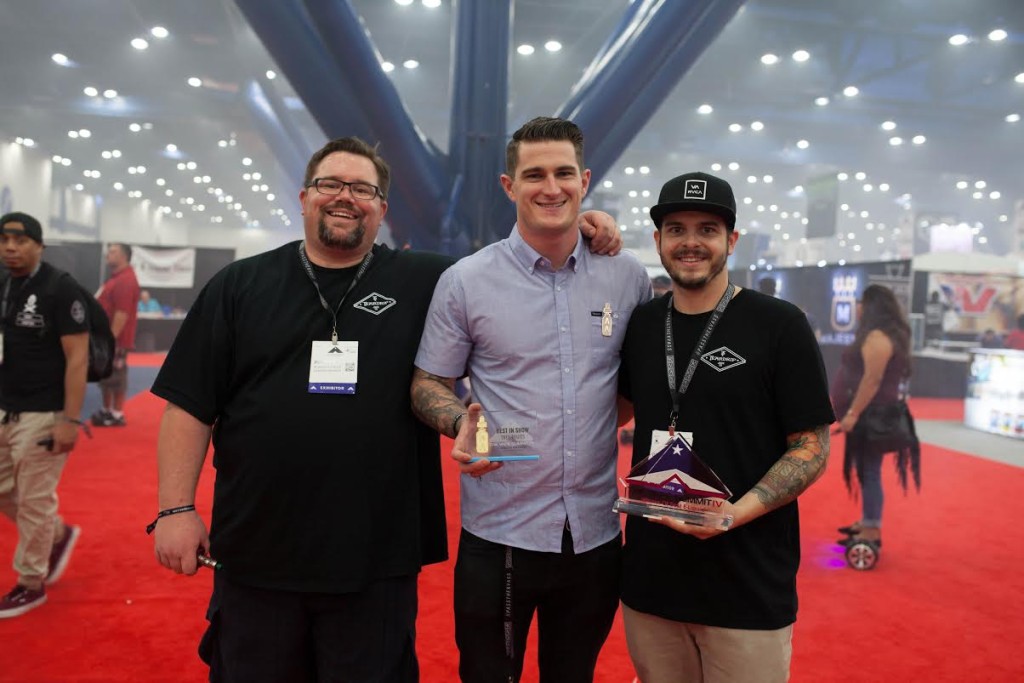 Let’s address the pink elephant in the room, you guys were from R&D Creations…are you guys still working with that company? If not, why did you guys part ways…. or if you guys are still with them, what’s next for R&D Creations?

Just to get it out of the way, we are no longer affiliated with R&D Creations. We had a partner and in the end we didn’t see eye to eye on the best way to run the label. We wanted to go in a different direction and he was resisting. Everyone involved thought we should go our separate ways. In the end, it looks like we made the right choice and that choice was backed up with two awards at Vape Summit. So in the end, I think everyone is in a happier place. 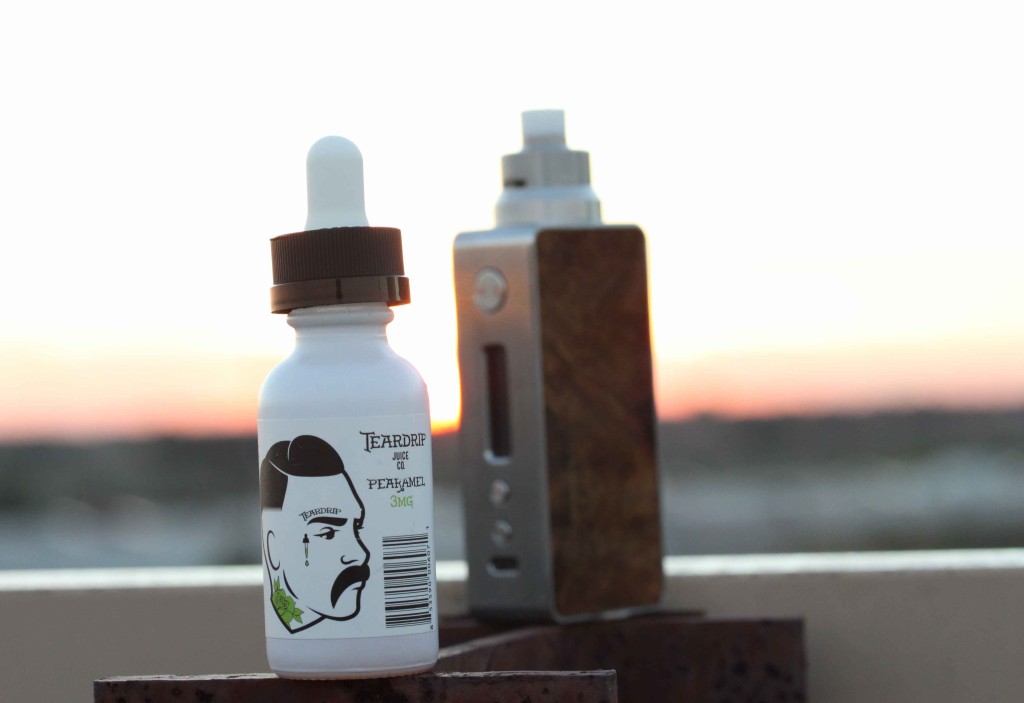 Now that that’s out of the way, can you tell us about Teardrip and how the idea for Teardrip came about? Who is the guy on the bottle? Has he killed many people? Is it Danny? I always knew he was the scrappy one in the team.

The Teardrip design is something that we had always wanted to do…just couldn’t find the right graphic artist to do it for us.  It definitely has a California tattoo type feel to it, and quite frankly…relates to a lot of people in the vape community. The guy on the bottle, who we like to call “Chuey”, is kind of like a mash up of Danny and my personalities and looks into one feel.  The only thing being murdered around here is the juice game. 🙂 And Danny is for sure the scrappy one on the team…I think he has the confidence to be scrappy because Rob and I are behind him 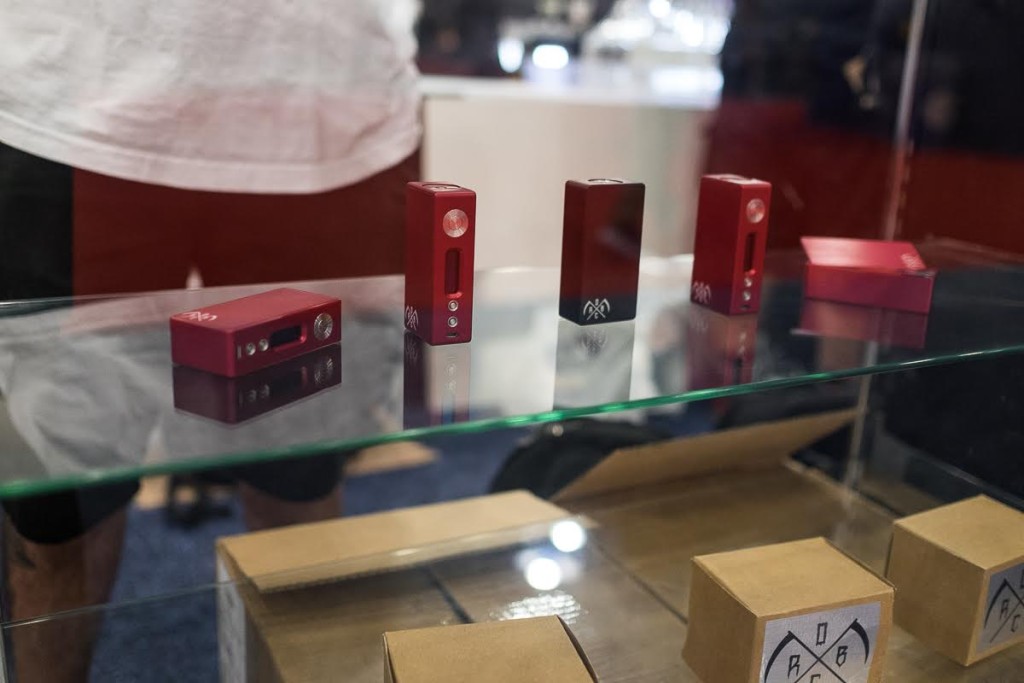 The Vape Summit IV was a great show for you guys. I heard you guys did really well. Can you guys give us your recap of the show. Also, we heard you guys won some awards from Craft Vapery Best In Show Awards as well as The Vape Summit Awards.  Congratulations! Can you let our viewers know what awards you won? This is your opportunity to brag.  Also, we were Facebook stalking and saw that winning the awards was a personal victory for you… Can you give us some insight on what was meant by that?

Vape Summit IV in Houston was huge for us!!! Not only did we get to participate in the modders gallery this year we got some really special recognition from our peers that, to be honest, made Danny and I both got a little teary eyed.  The awards that we won were Best Tree Fruit from Craft Vapery, and Best Overall E-Liquid Line from the Vape Summit team.  Being new to the scene with this line and receiving this recognition is so huge and personal for us because we had to start completely over with this line, after the frustrating events with R&D.  We needed to have the faith in our abilities to make another line that not only performed well, but trumped what we have done before, and to have this recognition really affirms that for us.  We have always wanted to create the best juice out there, i mean if that isn’t a juice makers goal than what are you doing?  We took profiles that have been attempted before, but in our opinion, could have been done much better, and according to our peers we hit it out of the park. 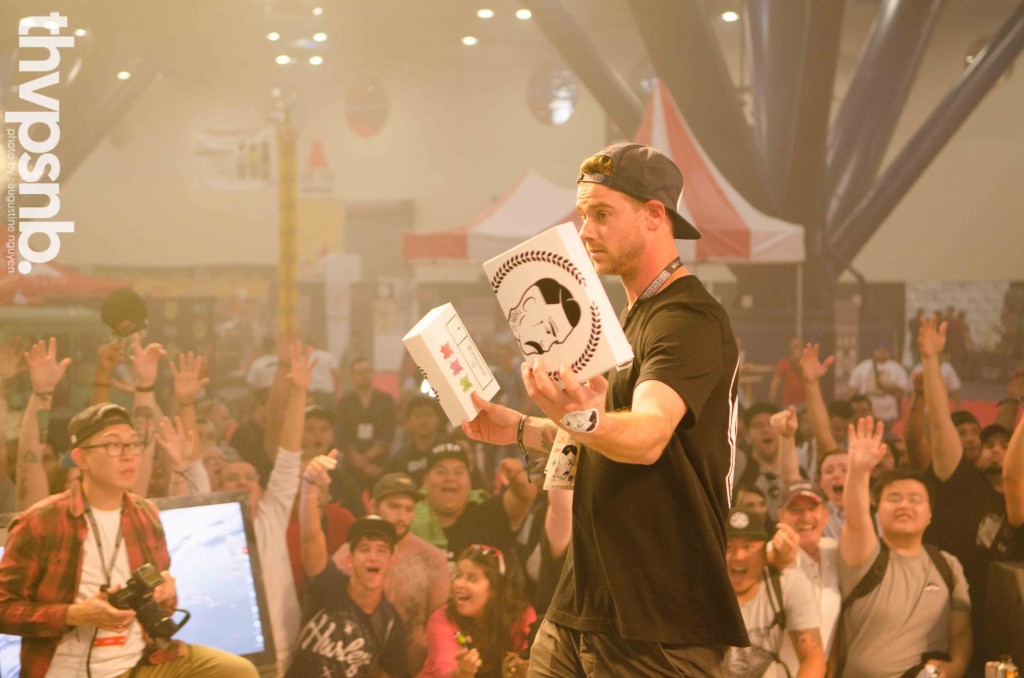 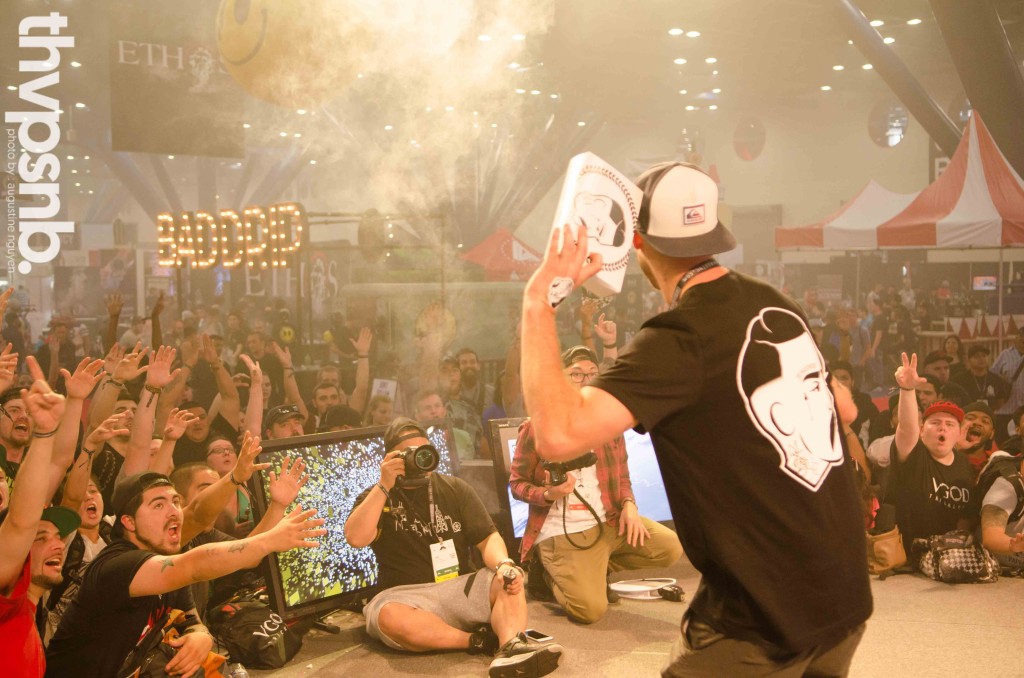 I know recently you guys released a box mod called the Reaper Box…can you tell our viewers more about this project and, also, for people who are interested, how can they get their hands on one? Why the name Reaper Box? Is it related to the guy on the Teardrip bottles? Are these names a metaphor for something? 😉

The Reaper Box for us was something that we wanted to create and fill a void that we felt was in the industry.  It is completely made in southern California other than the chip and the 510 in a aerospace facility.  We sat down with designers and worked tirelessly over what made sense and how we could make it smaller, and more functional. I think we came up with a pretty nice product, and its more of a hobby for us rather than a take over the world plan, and if people enjoy the mod we will continue to make revamps and adjustments as the industry changes. it just doesn’t make sense these days to large runs on mods because by the time they are finished there is something new coming out.  As far as metaphors the reaper pertains to the US Military Drone, and we liked the theme of a silent killer with respects to the industry….we like to have a quality product that creates buzz organically through people enjoying it and seeing the value, rather than yelling into a microphone atop our 600 square foot booth, pelting people with product, forcing it on them.  sorry i got carried away on that one.  The box is available in limited runs through our Facebook group, Reaper Sx Box, and a few various retailers. 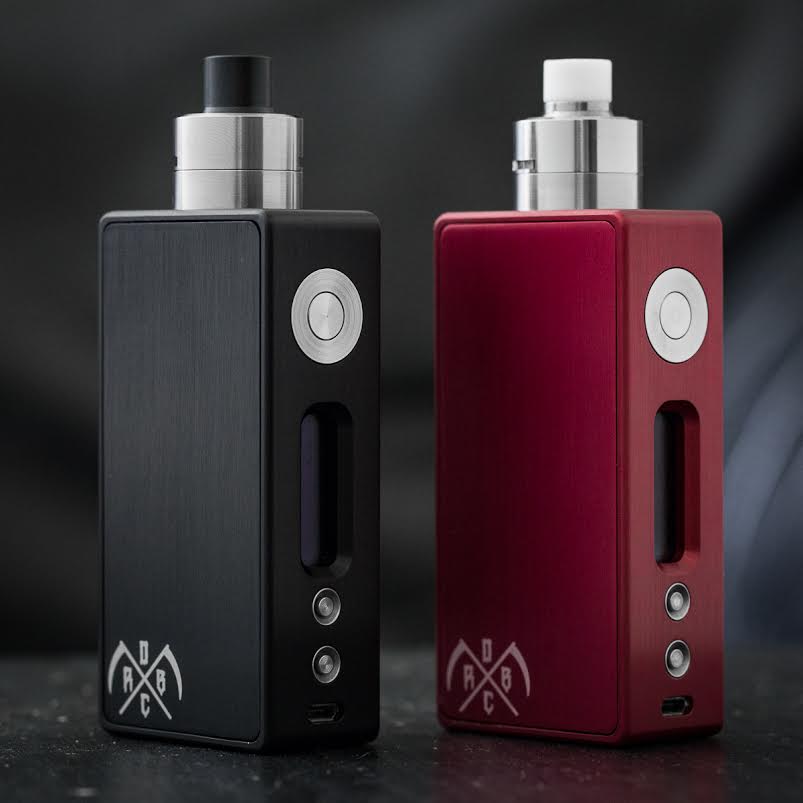 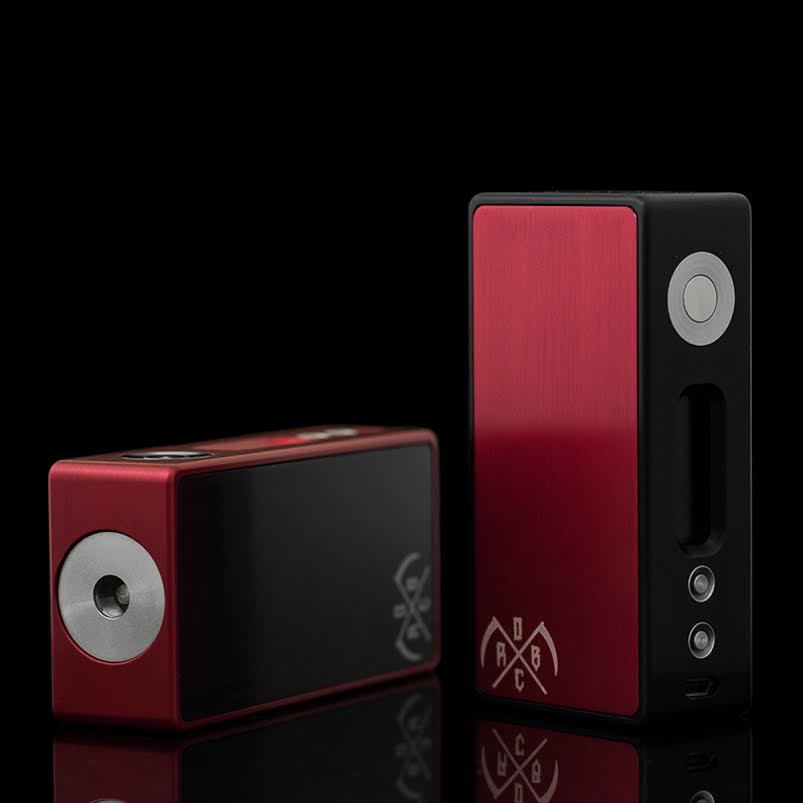 Tony, heard you like to crossfit. What’s biggest tire you flipped? Danny seems like the quiet one, he must be the most dangerous one on the team. All jokes aside, where can our viewers get some Teardrip? Also, please tell us little about Oakshire Distributions, I understand you guys have a good working relationship with them. Can you give some wholesale infomation about Teardrip and the Reaper Box?

Tony: Yes I enjoy going to the gym, and no I don’t do crossfit, I can appreciate that do but it just isn’t the type of pace I like to workout to.  Dealing with vape drama and being on Facebook all damn day, it is my daily escape and really enjoy it.

Danny: From a business perspective, I enjoy being in the background a little more and creating/strategizing. I’m reasonable yet assertive if need be. When I was younger my mouth had gotten me in to trouble a couple times, lol. That side creeps out once in a while. For the people that are looking to get some Teardrip for themselves you can visit giantvapes.com or vaporbeast.com, if you would like wholesale information please feel free to fill out an inquiry on our website www.teardripjuiceco.com and we will get you taken care of. Our distributor Oakshire Trading Co. is a wonderful group of guys who really know what they are doing, we have watched them grow from the ground up and really impressed with the service they provide.  The guys behind it are the creators of Ben Jonson’s and Classified E-Liquid lines, so they have been doing this for quite some time. 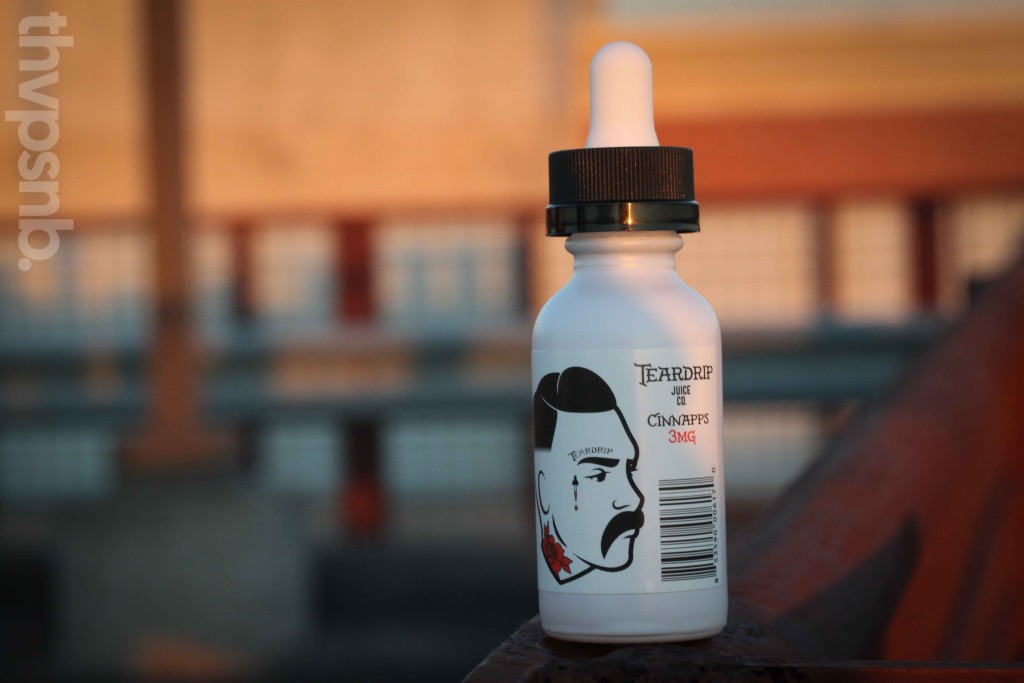 It was fun guys…till next time, do you guys have any last words for our viewers and shout outs? What does being Vape Snob Mean to you?

Thank you so much for this interview we really love what The Vape Snob is doing with the community, and we think it is quite obvious what it means to be a Snob…the best of the best is on this site….

much love and respect,