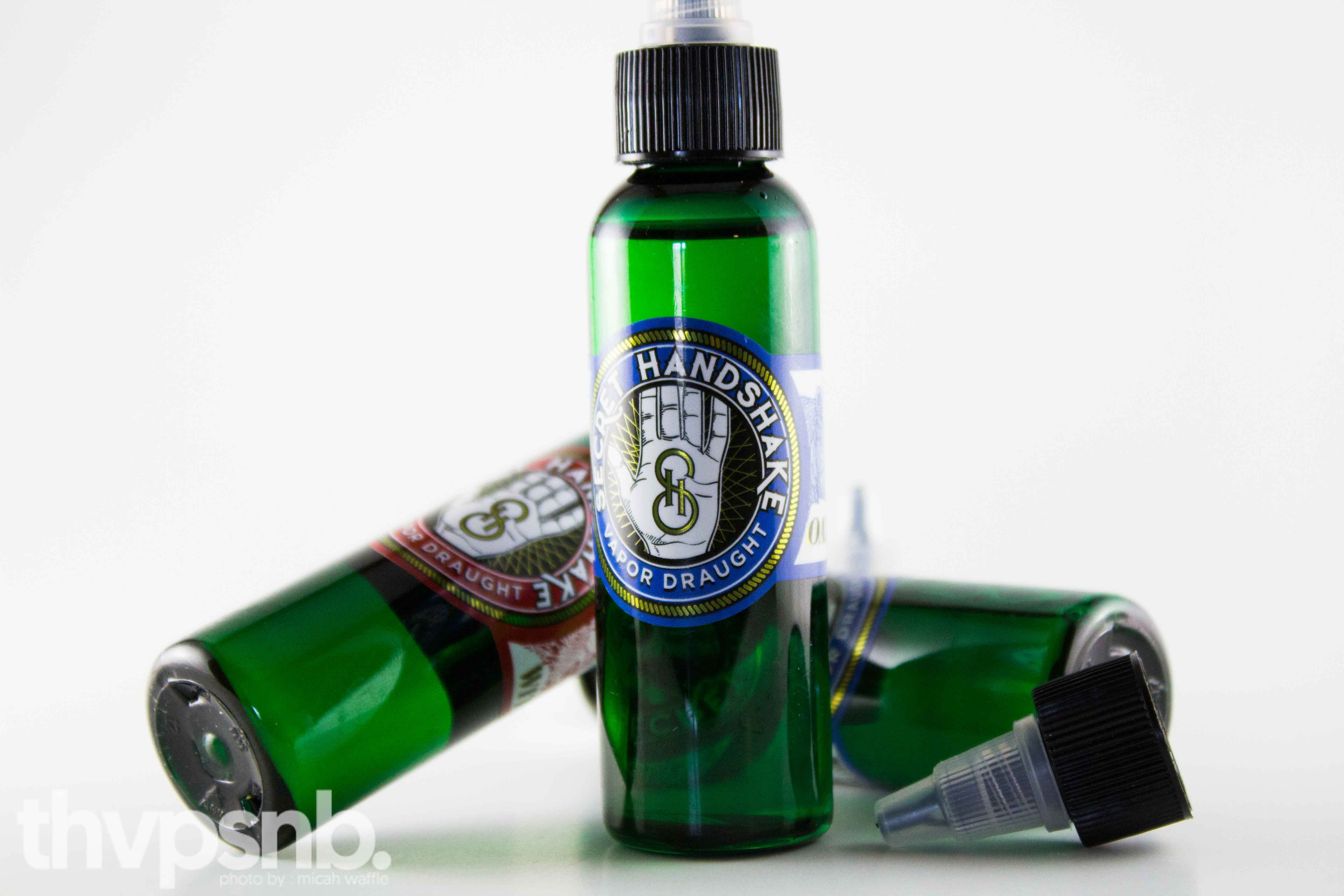 Walking around the show I was told by a friend of mine to find the Secret Handshake booth. This was all I was told. In my mind, I was literally looking for a booth that I had to use a secret handshake to find out something, much like some epic vape quest. I traveled far and wide (from one end of Showcase to another) to find someone to drop a dope secret handshake to. Turns out, I was wrong, it wasn’t quite as epic as I had thought because there was indeed a booth where Secret Handshake resided. A+ for the name, I love the name. So I spoke to a guy named Billy, the owner and creator of the two flavored Secret Handshake line. Speaking with him seemed like I was having a conversation with just a guy who vapes, that’s how chill he was. Billy was super excited for his juice line and happy to be at Vape Showcase, I love this kind of atmosphere.

About an hour after our initial conversation, I went to rewick and see why I was directed to his booth. I tried the Oath first because at the time I didn’t want to know the flavor profiles, I just wanted to try the juice blind. Billy should be proud, Secret Handshake is going places. The juice review is for another time. I should have gotten more pictures of the booth, but I was wrapped up in so many other things at showcase.

You can become a member of Secret Handshake Facebook page to see deals, learn more, and meet the man himself.