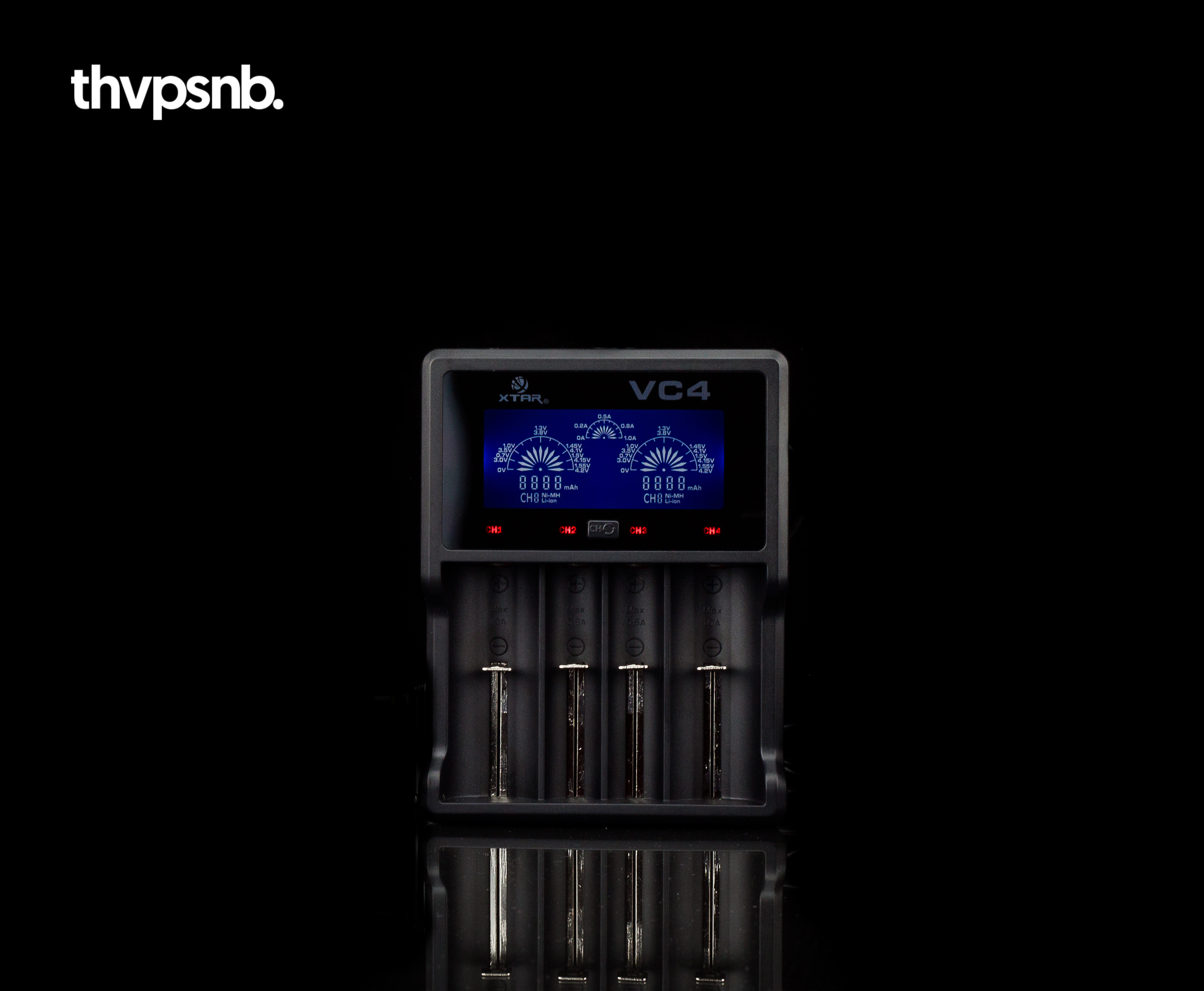 Today, we have a general overview of the XTAR VC4 battery charger.  We could tell you our findings, but the Amazon review by Technologist below hits the nail on the head.

For charging 18650’s, this charger works as advertised, but you’ll rarely get the full 1 amp charging rate. The VC4 draws from a USB cable and seems to be limited to about 2.0 Amps at 5 Volts input (much less when charging NI-NH cells). At no time during our testing did the input amperage exceed .39 amps at 5 volts even when the charging indicator was showing 1A. This charger is not recommended if you’re wanting to get your batteries charged quickly.

The two outer bays (1 and 4) have a 1A max input; the two inner bays (2 and 3) max out 0.5A. If you have a battery in bays 1 and 4, both charge at 1A since the bays are independent. If you have a battery in bays 1 and 4, however, both charge at 0.5A. Using bays 2 or 3 will drop the input to 0.5A for all bays. Unfortunately the 1A and .5A maximum charging rates are rarely the correct charging rate as it’s usually much lower and the display is inaccurate as it jumps in large 100mAh steps.

-Will charge both Li-ion and Ni-MH batteries.

-Can be used in vehicle if you have a 12v to 5v USB charger.

-Nice and easy to read backlit blue LCD display that brightens at the touch of a button.

While the charging rates can be misleading the total mAh’s displayed seems to be very accurate allowing you to accuratly determine the life of your each of your cells independently. This is an excellent feature for the price.

-While it can charge 4 cells simultaneously it will only charge two 26650 batteries at once.

-The display shows incorrect charging data when charging Ni-MH cells and is not really charging at the 1A claimed rate.

-The VC4 does not come with a 110V wall charger so you’ll need to have or invest in a high output preferably > 2.4 amps 110v to USB power adapter.

The VC4 comes with USB cable that has a round 3.5mm plug on the other end. You cannot plug a standard mini or micro USB cable into it adding another odd cable to your mix.

While the backlit blue display looks great, the charging rate is very misleading. The displays charging rates are in 100 mAh steps. The charing rate may say one amp but if you measure it at the batteries with a watt meter they might only be charging at .2 amps making this one of the slower chargers on the market. Yes it will peak at one amp but only with Li-Ion cells in the beginning of their charge, then begin to trickle charge.

Although its charging speed is slower than other comparable chargers in the market and has limited features for a digital charger, we would still recommend the VC4 mainly for the price point.  Great bang for the buck.

You can buy it on Amazon here